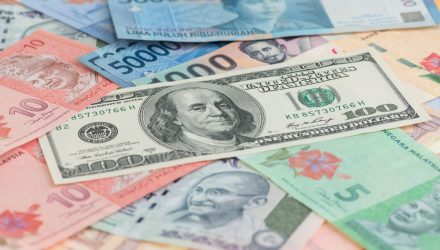 Emerging market bond exchange traded funds may continue to come under pressure as the economic damage from the coronavirus pandemic takes a heavier toll on vulnerable countries and limits their ability to repay obligations.

A number of factors have weighed on the emerging markets, including falling commodity prices, diminished demand for riskier assets and weakening currencies against the strong U.S. dollar. The combined has put particular pressure on those developing economies with high debts and fiscal deficits, the Financial Times reports.

“Even before the crisis there were about a dozen countries in Africa that were in debt distress,” Richard Kozul-Wright, director of development strategies at Unctad, the UN’s trade and development agency, told the FT. “A lot of them were in high distress, but even those in moderate stress must be getting very, very worried about their ability to pay.”

Many emerging economies remain fragile, especially those with less stellar finances, which have jumped on cheap debt over the past decade. Specifically, the overall debt burden of so-called “frontier” markets surged to a record $3.2 trillion in 2019, or 114% of their annual economic output, according to the Institute of International Finance.

Most of the debt has been funded by bond sales. Consequently, emerging market bonds plunged over 15% in the first quarter of 2020 or about twice the decline suffered at the peak of the 2008 crisis as fixed-income investors dumped the riskier asset category. Last month alone, investors yanked about $31 billion out of emerging-market debt funds, the biggest outflow on record since October 2008, according to the IIF.

“Everything that was weak before the crisis is now getting destroyed,” one emerging markets hedge fund manager told FT. “The dominoes are starting to fall now.”