You are at:Home»Core Equity Channel»Dow Falls 250 Points as Caterpillar, Nvidia Falter on Lower Demand in China 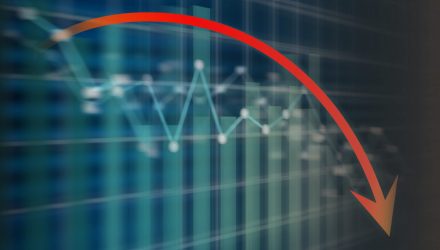 The Dow Jones Industrial Average fell over 250 points on Monday as weak guidance from chipmaker Nvidia and weaker-than-expected fourth quarter earnings from Caterpillar dragged down the markets early.

Shares of Caterpillar fell over 8 percent as earnings of $2.55 per share were less than the $2.99 per share expected by analysts surveyed by Refinitiv. Caterpillar said sales in its Asia/Pacific region were weaker due to lesser demand in China.

Nvidia fell over 13 percent after it cut its fourth quarter revenue guidance to $2.2 billion from $2.7 billion. Nvidia cited “deteriorating macroeconomic conditions, particularly in China,” as a major factor in its weaker guidance..

It was reported last week that China’s economy grew at a rate of 6.6 percent last year based on numbers coming out of China’s government. The figure was in line with analyst expectations, but represented its slowest pace of growth in almost 30 years.

“The one thing with China is it’s not a made-up story. It’s not like companies are blaming just the Fed or the weather,” said Quincy Krosby, chief market strategist at Prudential Financial. “As we go through the week, if this becomes a theme in many different sectors, it’s going to lend urgency to the idea that the global economy is slowing and the need for more stimulus.”