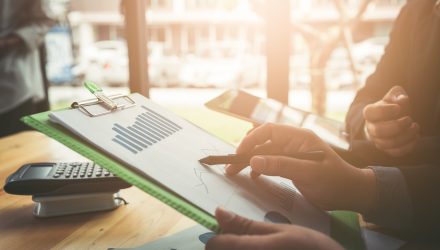 Heading into this year, there was plenty of chatter and concern about a potential raft of downgrades for BBB-rated corporate debt, or the corporate bonds with the lowest investment-grade ratings. Bonds with those ratings are one to three notches above junk territory.

Another Idea for BBB-rated debt

The ProShares Investment Grade—Intr Rt Hdgd (CBOE: IGHG) is up 4.09% this year. At the end of last year, that fund allocated more than half its weight to BBB-rated debt.