You are at:Home»Core Equity Channel»Dividend Weighting Provides an Advantage For This ETF 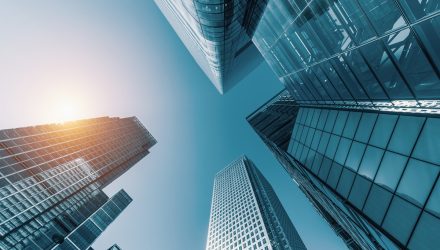 Dividend Weighting Provides an Advantage For This ETF

The WisdomTree SmallCap Dividend Fund (NYSEArca: DES) was one of the first exchange traded funds to pair dividends and small-cap stocks.

Analysts expect firms in the benchmark Russell 2000 index to generate double-digit profit gains throughout 2019. Profits across the Russell 2000 is expected to grow by almost 16% over the first quarter year-over-year after the 12.6% earnings growth rate expected in the final three months of 2018. Some even project the the small-cap benchmark to see profits surge to over 30% year-over-year in the fourth quarter of 2019.

“DES is a compelling option for exposure to U.S. small-cap dividend-paying stocks,” said Morningstar in a note out Friday. “This strategy weights its holdings by their expected dividend payment, which allows it to target dividend payers without loading up on the riskiest dividend payers.”

DES, one of the foremost names among small-cap dividend ETFs, follows the dividend-weighted WisdomTree U.S. SmallCap Dividend Index. That methodology avoids the so-called yield trap where a stock can have a high dividend yield following a steep decline in price.

“This strategy weights its holdings by the total value of dividends that each stock is expected to pay during the next year,” according to Morningstar. “This fundamental-weighting approach balances firm size (larger companies tend to make higher aggregate dividend payments) against yield. When the fund rebalances back to its target dividend weightings each December, it adds to names that have become cheaper relative to their dividends, and trims positions that have become more expensive. This contrarian rebalancing discipline contributes to the fund’s value tilt.”

Importantly, DES has been a long-term winner.

“From its launch in June 2006 through April 2019, the strategy has topped the small-value category average and the Russell 2000 Value Index by 1.2 and 1.0 percentage points annually, respectively, with similar risk,” said Morningstar. “The fund’s favorable stock exposure within the energy and consumer discretionary sectors contributed to most to its outperformance.”

Morningstar has a Bronze rating on DES.