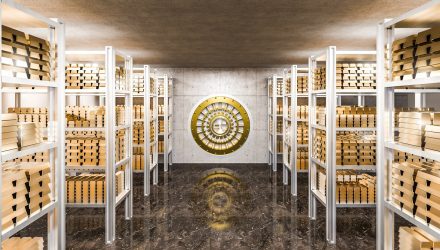 “This compares with a relatively weak Q1 2018, when demand sank to a three-year low of just 984.2t,” said the WGC in a note out Thursday. “Central bank buying continued apace: global gold reserves grew by 145.5t. Gold-backed ETFs also saw growth: quarterly inflows into those products grew by 49% to 40.3t.”

“Central banks bought 145.5t of gold, the largest Q1 increase in global reserves since 2013,” according to the WGC. “Diversification and a desire for safe, liquid assets were the main drivers of buying here. On a rolling four-quarter basis, gold buying reached a record high for our data series of 715.7t.” 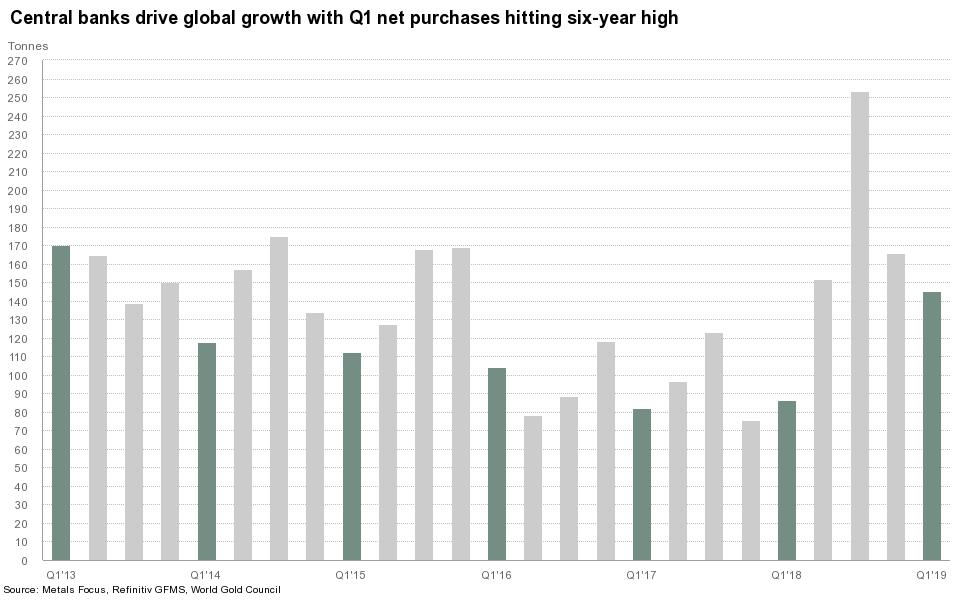 Bar and coin investment has recently been slack, but data suggest gold jewelry demand has been robust.

“Total bar and coin investment weakened a fraction to 257.8t (-1%), due to a fall in demand for gold bars; official gold coin buying grew 12% to 56.1t,” said the WGC. “Jewelry demand was a touch stronger y-o-y at 530.3t, chiefly due to improvement in India’s market. The volume of gold used in technology dipped to a two-year low of 79.3t, hit by slower economic growth. The supply of gold in Q1 was virtually unchanged, just 3t lower y-o-y at 1,150t.”