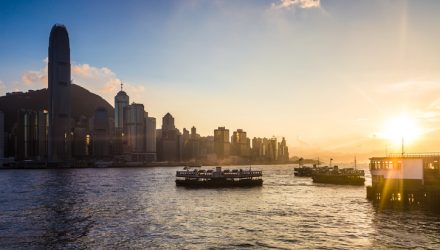 Traditional emerging markets ETFs often feature substantial allocations to companies that are majority-owned by governments and that’s not always a positive trait for investors. The WisdomTree Emerging Markets ex-State-Owned Enterprises Fund (NYSEArca: XSOE) is an ETF dedicated to avoiding some the issues associated with owning state-controlled equities.

State-owned enterprises (SOEs) are common in emerging markets strategies and are often prominent in three sectors – energy, financial services and materials – through telecom and utilities, in some markets, have their share of SOEs, too.

Financials are XSOE’s third-largest at 16.81%, but energy and materials names combine for less than 13% of the fund’s weight.

“Precisely estimating the impact of political risk on an SOE’s share price isn’t necessary to make some informed decisions about investing in them or emerging markets more broadly,” said Morningstar in a recent note. “Government ownership of these stocks invariably creates some risk. The likelihood this risk will rear its head and the magnitude of its impact will vary across time and markets.”

“XSOE had far less exposure to the financials sector and mildly underweights the materials and energy sectors. It has also tended to overweight consumer and technology stocks. Consequently, it has historically tilted toward growth stocks, which has aided its performance over the past several years,” according to the research firm.

“From its launch in December 2014 through July 2019, it beat the MSCI Emerging Markets Index by 73 basis points annually. Its 0.32% expense ratio is higher than the lowest-cost emerging-markets index funds, but it is still cheaper than most of the actively managed choices in the diversified emerging markets Morningstar Category,” according to Morningstar.