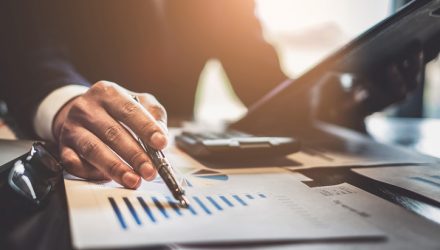 Are You Under-Allocated to Mid-Caps?

While historical data confirm the out-performance potential of mid-caps, other data points indicate investors are under-allocated to the asset class.

“Based on overall market capitalization, we might expect funds to allocate twice as much to mid-caps compared to small-caps,” according to S&P Dow Jones Indices. “Instead, the aggregate core allocation to small-and mid-caps is approximately the same: investors appear to have a preference for small-caps over mid-caps in their core holdings. The data shows this preference is especially true for active funds.”

Mid-cap stocks and funds are often overlooked relative to large- and small-cap equivalents. Historical data confirm that should not be the case because mid caps typically outperform larger stocks while delivering less volatility than smaller stocks.

“Despite being under-allocated and under-represented as investment solutions, our research indicates that mid-caps may have attractive risk/reward profiles compared to their larger-and smaller-cap counterparts,” notes S&P Dow Jones.

As investors look over their equity market exposure, they may find that large-cap stock positions are too big for rapid growth and small-caps may expose them to more volatile short-term moves, but middle capitalization stocks and related ETFs may be just right. Middle capitalization stocks, or sometimes referred to as the market’s sweet spot, could help investors achieve improved risk-adjusted returns. Mid-caps also offer benefits over smaller stocks.

“All else being equal, we can argue that mid-cap stocks are more liquid and have higher investment capacity than small-cap stocks,” said S&P Dow Jones. “Trading S&P MidCap 400 stocks should be easier than trading small-cap stocks.”