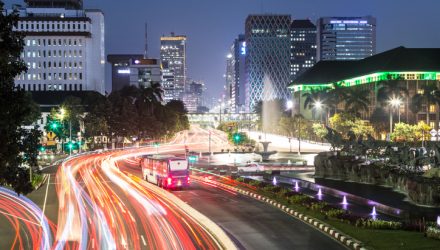 An Emerging Markets Rally Could be Brewing

The iShares MSCI Emerging Markets Index (EEM) is up 11% year-to-date, or less than half the 23.38% returned by the S&P 500, meaning equities in developing economies are poised to trail their U.S. counterparts on an annual basis yet again.

With positive news thus far coming out of U.S.-China trade deal negotiations in the month of October, emerging markets are gaining once again after starting off 2019 with strength. Despite the recent spate of optimism, it’s still necessary to take caution, especially when looking at the overall global landscape as geopolitical events will continue to drive the EM space.

“Emerging markets are lower Tuesday but scoring larger gains than the S&P 500 so far this quarter. The EEM emerging markets ETF has added nearly 6% since the beginning of October, while the S&P 500 has gained 4%,” reports CNBC. “Ari Wald, head of technical analysis at Oppenheimer, says this breakout is just beginning.”

While the capital markets are communicating a risk-off sentiment with an appetite for bonds and other safe haven assets, investors should keep an eye on emerging markets, which have been experiencing sustained growth.

Forecasts of a weakening global economy and heavy doses of market volatility have been putting a strain on emerging markets investors the last couple of months. However, they could present investors with a value-oriented play should U.S.-China trade deal talks translate into something positive by year’s end.

Evidence suggests that the current rally percolating in emerging markets equities is a long time in the making.

“I want to call out the strength we saw a couple years ago in 2017,” said Wald in the CNBC interview. “That reversed a 10-year downturn in EM dating back to its 2007 peak. Now EM went on to peak in January of 2018 and really had a classic yearlong bear market into its December 2018 low. It’s now spent 2019 building the base. It’s been backing and filling — starting to make higher lows, the moving averages are starting to slope higher. And we think the next turn is to the upside.”