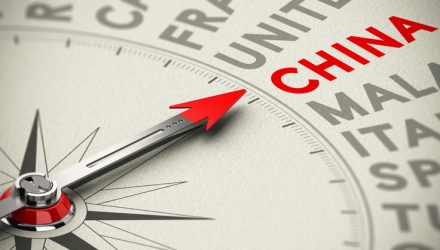 Amid Trade Tensions, FTSE Russell Forges Ahead With A-Shares Plan

FTSE Russell, one of the largest providers of indexes for use by issuers of exchange traded funds, said the trade war between the U.S. and China will not impact its effort to add China’s A-shares to its international benchmarks next month.

“FTSE Russell, the global index, data and analytics provider, has confirmed that the China A Shares market will be promoted to Secondary Emerging market status following the September 2018 annual country classification review,” said the company.

Some of the largest international ETFs trading in the U.S. target FTSE Russell indexes, including the Vanguard FTSE Emerging Markets ETF (NYSEArca: VWO). VWO is the largest emerging markets ETF by assets.

“There is no doubt some foreign investors feel uncertainty and volatility under this current political climate,” Jessie Pak, Asia Managing Director for the global index publisher, said in an interview with Reuters.

FTSE will commence inclusion of A-shares in its indexes in June 2019 in a three-tranch plan expected to be completed in March 2020.

A Look At The Plan

“FTSE Russell, a unit of the London Stock Exchange Group, will begin incorporating Chinese stocks from June 24, and the additions will be made in three stages ending March next year,” according to Reuters. “In all, 1,090 mainland stocks will be brought into the indexes, drawing an expected $10 billion from passive investors.”

Global investors traditionally accessed Chinese company stocks through listings through Hong Kong or New York Stock Exchange, but the recent inclusion of mainland Chinese A-shares to these widely observed global benchmarks now makes Chinese markets more important than ever, potentially opening up a closed off market to a huge pool of potential investors.

VWO had a China weight of 35.9% at the end of April, according to Vanguard data.