You are at:Home»Core Equity Channel»5 of the Biggest Financial Stories From 2019 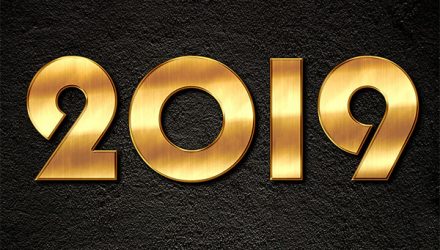 5 of the Biggest Financial Stories From 2019

According to the Chinese Zodiac Calendar, 2019 was the Year of the Pig. Investors and traders, I believe, will likely also remember it as the year of the bull.

Every asset type, it seems—from large-caps to small-caps, from foreign to domestic, from gold to oil—finished not just up for the year, but up.

A significant share of the appreciation—in equity prices anyway—occurred in the second half of the year, following the Federal Reserve’s first rate cut in more than a decade. Coupled with signs that trade tensions between the U.S. and China were finally beginning to cool (or at least not escalate), a third annual downward adjustment in October was enough to convince some investors that we were looking at not just a pause in monetary policy, as Fed Chair Jerome Powell insists, but full-blown quantitative easing (QE).

This has helped the market soar to new record highs, debunking persistent calls that the more than 10-year-old bull run was getting short of breath.

What else happened in 2019? To answer that question, I looked back at my five most visited articles from the year that was, ranked below starting with number five.

5. How to Unrig the Gold Market, According to GATA’s Chris Powell

Over the years, I’ve had the pleasure of interviewing some of the most fascinating and knowledgeable figures in the gold sector. Among them is Chris Powell, secretary/treasurer at the Gold Anti-Trust Action Committee (GATA). For more than 20 years, Chris and others at GATA have sought to expose the actions of central banks, which are believed to have intervened, or are still actively intervening, in the gold market in an effort to suppress prices.

My May interview with Chris is a must-read for anyone seeking information on the gold market that traditional financial news agencies won’t touch. It’s an eye-opening conversation, and Chris remembers to bring receipts.

4. Is the Fed Gearing Up for a New Round of Quantitative Easing?

All the signs seem to point to a new round of Fed easing right now. The bank not only trimmed rates three times this year, most recently in October, but it also began to expand its balance sheet at the fastest pace since the financial crisis.

Even if you believe Fed Chair Powell that this is simply a pause in monetary normalization, there’s no denying that most of the rest of the world is in easing mode. That includes developed as well as emerging markets. November, in fact, marked the 10th straight month of net rate cuts among a group of 37 developing economies. That’s the longest-running cycle easing cycle since 2013.

3. These Are the Five Wealthiest Self-Made Texans

Everything’s bigger in Texas, they say, and that includes the number of billionaires. According to Forbes, the Lone Star State has the third-most billionaires in the U.S., following only California and New York.

One of the things I love about Texas, home to U.S. Global Investors, is that it rewards hard work and innovation, which is why it regularly ranks as the best state in the nation for business. I thought it would be interesting to find out who were not just the wealthiest Texans, but the wealthiest self-made Texans—those who, after coming from humble backgrounds, found fortune through persistence and gumption alone.

You may not be surprised to learn that Michael Dell, founder and CEO of Dell Technologies, sits at the top of the list, worth an incredible $31 billion ($27.6 billion at the time I wrote this Frank Talk nearly a year ago). Click the link above to find out who else made the list!

2. This AI Company Is the Future of Gold Exploration

Denis Laviolette had a dream to help producers stop wasting time and money by finding the very best spots to explore for metals and minerals. That’s why he named his company GoldSpot Discoveries, though Denis admits that he’s “commodity agnostic.”

And how does GoldSpot manage to locate underground minerals for its clients? Through extreme data aggregation and artificial intelligence (AI), of course.

“We have more data at our fingertips than ever before, yet new discoveries have been on the decline despite ever-increasing exploration spending on data collection. We believe GoldSpot can change that,” Denis explained to me during an interview back in February. “Harnessing a mountain’s worth of historic and current global mining data, AI can identify patterns necessary to fingerprint geophysical, geochemical, lithological and structural traits that correlate to mineralization.”

Learn more about GoldSpot—which began trading on the TSX Venture Exchange in February—by clicking the link above.

1. Hard Truths in Resource Investing, According to Bob Moriarty

The financial news story that caught the greatest number of visitors’ attention in 2019 had to do with the release of my friend Bob Moriarty’s latest book, Basic Investing in Resource Stocks: The Idiot’s Guide. Many readers are no doubt familiar with Bob as founder and editor-in-chief of the popular resource websites 321Gold.com  and 321Energy.com, and Basic Investing is the culmination of his years educating investors on how best to navigate the gold, metal and mining markets.

Like me, Bob is a firm believer that it’s crucial to have a small percentage of your portfolio in hard assets such as gold.

“If you don’t own some gold (or silver or platinum or palladium or rhodium) that you can lay your hands on, you may regret it,” he writes in Basic Investing. “Precious metals are the most secure insurance policy that you can buy to protect your financial house, even as it begins to burn down.”

While I’m here, I should say that Bob has done a lot over the years to introduce his readers to U.S. Global Investors and what we offer investors. We’re very grateful for his endorsements and influence.

I hope 2019 delivered health, wealth and happiness, and I wish for 2020 to be even better. To all of my friends, family, shareholders and investors, and behalf of everyone at U.S. Global Investors, Happy New Year!

The S&P 500 Stock Index is a widely recognized capitalization-weighted index of 500 common stock prices in U.S. companies. The Russell 2000 Index is a U.S. equity index measuring the performance of the 2,000 smallest companies in the Russell 3000. The Russell 3000 Index consists of the 3,000 largest U.S. companies as determined by total market capitalization. The MSCI Emerging Markets Index is a free float-adjusted market capitalization index that is designed to measure equity market performance in the global emerging markets. MSCI World Index is a capitalization weighted index that monitors the performance of stocks from around the world. The U.S. Dollar Index is an index of the value of the United States dollar relative to a basket of foreign currencies, often referred to as a basket of U.S. trade partners’ currencies. The Bloomberg Commodity Index is made up of 22 exchange-traded futures on physical commodities. The index represents 20 commodities, which are weighted to account for economic significance and market liquidity.