You are at:Home»Core Equity Channel»5 Best ETFs for the Rest of 2019 and Beyond 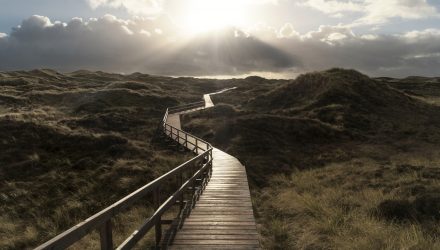 In the 1600s, the Dutch East India company was a global powerhouse that would be equivalent to Apple, Amazon and now Microsoft today, which hit $1 trillion in market capitalization recently. Times are definitely changing in a market landscape highlighted by the advent of exchange-traded funds (ETFs) that have revolutionized the financial industry.

With over 2,000 ETFs available on the market, which ones are poised to shine in 2019 and beyond that? Here’s a short list of ETFs worth considering for your portfolio:

Long-term bulls, however, can feel at ease knowing that the core business of health care is here to stay. Health care’s decline primarily came as a result of political blowback, such as calls for policies demanding universal health care.

Ultimately, it was to push political agendas to separate the health care business from health care itself.

“Because this latest move was largely caused by political hot air (so to speak) and not something structural within the sector, I think we could see a bounce back in some of these names,” said Thrasher in a note to clients. “I believe the stocks have been over-extended to the downside.”

Looking under the hood of IHF, its heaviest weighting is UnitedHealth Group followed by Anthem Inc, CVS Health Corp and Cigna Corp—the majority of which administer care. Ultimately, the core business model around companies that administer care centers on treating the sick, and until a super-vaccine that prevents all illnesses is developed, health care is a necessity.

Trade deal or no trade deal, China is a major player in the world economy and will be for the foreseeable future. While it plays second fiddle to the United States in terms of sheer gross domestic product (GDP), it’s importance for global growth can’t be ignored.

China is beginning to deregulate access to its markets in order to pave the way for more foreign investments to a variety of asset classes. That being said, the capital flowing into China will turn from a trickle into a full-fledge gush if it hasn’t already.

A way for investors to gain exposure to China’s biggest, best and most authentic equities is via the country’s A-shares. ASHR seeks investment results that track the CSI 300 Index that is designed to reflect the price fluctuation and performance of the China A-Share market.

“These are the stocks that are going to be reactive to China policy and China sentiment–most portfolios are missing these,” Luke Oliver, Head of U.S. ETF Capital Markets. “It’s a really critical point because you’re missing a lot of these companies and not diversified enough in these companies.”

“A-shares give you a lot more diversification and lot of more exposure to the actual Chinese economy,” said Oliver.

Crytocurrency and blockchain are seen as major disruptors in the way individuals pay for goods or services with fiat currency. While that space is still trying to gain legitimacy, payment processing systems are already sprouting up and most are not aware of it–it’s also providing an impetus for the growth of financial technology or “fintech” for short.

That’s because contactless payment systems typically fly under the radar, but more popular applications like Apple Pay are drawing deserved attention to the industry. Moreover, the fintech industry’s giants are looking to get even bigger with merger and acquisitions abound.

International financial services provider Fidelity National Information Services agreed last month to purchase payment processing company Worldpay for $34 billion, making it the biggest deal thus far in a rapidly-expanding space that could put fintech ETFs like FINX in favor. The purchase of Worldpay would give FIS a large footprint in the e-commerce market given that the former is responsible for facilitating 40 billion transactions per year.

Whether society is ready for it or not, robotics, artificial intelligence (AI), machine learning, or any other type of disruptive technology will be the next wave of innovation. For investors who missed out on the bull market run of FAANG (Facebook, Amazon, Apple, Netflix, Google) stocks, they can look to capitalize on disruptive tech options in 2019 and beyond that.

According to the Harvard Business Review, global firm Deloitte identified seven disruptive forces that leaders should understand and incorporate into their strategy for future growth:

ITA may have suffered from continued fallout from the crash of a Boeing 737 MAX 8 plane during Ethiopian Airlines Flight 302 on March 10, but has recovered since. ITA tracks the Dow Jones U.S. Select Aerospace & Defense Index composed of U.S. equities in the aerospace and defense sector that includes manufacturers, assemblers and distributors of aircraft and aircraft parts.

It’s difficult to deny the impact of the aerospace and defense sector given its sheer size. According to the US Bureau of Economic Analysis (BEA), the US aerospace sector is the largest in the world, with a gross output value of USD 123.52 billion, in 2016.

Executives in the U.S. aerospace, defense, and government services industry are expecting moderate to strong economic growth through the year.