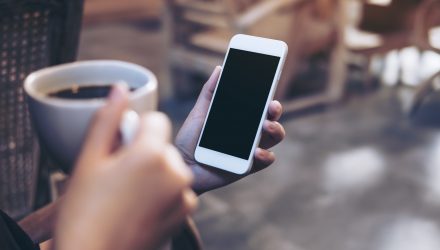 3 Things to Watch Ahead of Apple’s Fiscal Q1 Earnings

Apple is scheduled to report its fiscal first quarter earnings after the closing bell on Tuesday in what will be an important sign alluding to the health of not just the technology sector, but the overall capital markets given the size and reach of the iPhone maker.

Last year, Apple joined Amazon as one of the companies to cross the $1 trillion mark during the extended bull run. Since then, a large dosage of volatility upended the markets to end 2018, including the tech sector and particularly Apple stock, which got its fair share of downgrades near year’s end.

As such, the tech giant will be a key bellwether moving forward in 2019, so here are three key things to focus on when Apple CEO Tim Cook holds the company’s earnings call.

It’s no doubt that iPhone sales are the bread and butter of the tech giant’s business model at the moment. As such, investors are not only looking at overall revenue, but laser focusing on iPhone sales in particular. Revenue generated from iPhone is expected to fall, but the markets will react to the degree of the revenue loss–whether it’s something the company can brush off moving forward.

“The main thing to focus on here is management’s guidance for the March quarter as a decline in unit sales and deceleration of Services growth are the main concerns atop investors’ minds,” said Zev Fima, research analyst for Jim Cramer’s Action Alerts Plus portfolio, which owns Apple. “Given that the headline numbers are more or less known at this point, we believe guidance and segment margins, which will be broken out for the first time this quarter, are the primary factors deserving attention.”

It was reported last week that China’s economy grew at a rate of 6.6 percent last year based on numbers coming out of China’s government. The figure was in line with analyst expectations, but represented its slowest pace of growth in almost 30 years–a big factor that could show up in Apple’s earnings report.

“We think softness was protracted by increasing competitive pressures, specifically from Huawei at the high end of the China market, as well as a change in consumer behavior for Apple devices amid the trade war between the U.S. and China,” wrote CFRA’s Angelo Zino. “We expect China to remain the biggest risk to earnings estimates going forward.”