You are at:Home»Core Equity Channel»3 ETFs to Watch as Tensions Escalate in the Middle East 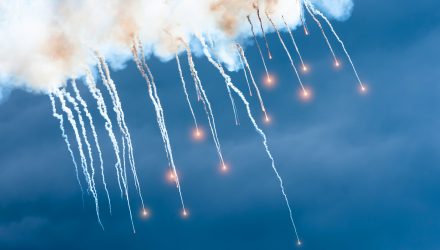 3 ETFs to Watch as Tensions Escalate in the Middle East

Events unfolding in the Middle East is already proving to be a major market mover in 2020, which could put certain ETFs on the watch list. Last Friday, the Dow Jones Industrial Average fell as much as 300 points following news that a top Iranian general was killed in a U.S. airstrike on Baghdad.

Per a CNBC report, “Iran’s top commander, Gen. Qasem Soleimani, has been killed in a U.S. airstrike in Baghdad, the Pentagon confirmed Thursday night following reports of his death on Iranian state television and Iraqi media. Soleimani, who led a special forces unit of Iran’s elite Revolutionary Guards, had been a key figure of Iranian and Middle East politics.”

”His death exacerbated already-high tensions between Iran and the United States and triggered concerns of retaliation from Iranian forces,” the report added.

Oil prices rocketed following the news and investors flocked to safe haven assets like gold as fears of a broader conflict entered the minds of investors. As a result, gold reached a six-year high to push past the $1,550 per ounce price level.

The US bears responsibility for all consequences of its rogue adventurism.

My statement on the killing of Qassem Soleimani. pic.twitter.com/4Q9tlLAYFB

In the meantime, here are three funds investors may want to keep their eyes on as events in the Middle East unfold: