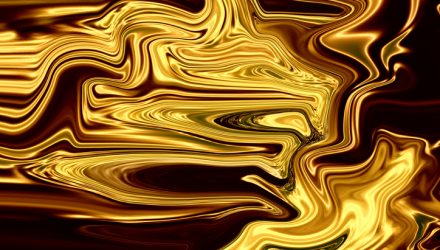 Gold ETFs have been a shining through a gloomy market as investors poured billions of dollars into this asset category in face of rising uncertainty.

According to the World Gold Council, investors funneled $2.6 billion into gold bullion-backed ETFs in July, raising their collective holdings to 2,600 tons, or the highest level since March 2013, the Wall Street Journal reports.

Meanwhile, gold prices rallied 17% over the past three months and recently broke above $1,500 per ounce for the first time in six years. Comex gold futures were hovering around $1,522 per ounce on Friday.

Among the top plays, the SPDR Gold Shares (NYSEArca: GLD) attracted close to $2 billion in net inflows over the past month, accounting for over two-thirds of its total inflows so far this year.

Observers argued that the rally in gold may still have legs in the near term as more use the precious metal to hedge further market risks.

“This has been one of the best environments for gold in the past half decade,” Ryan Giannotto, director of research at GraniteShares, which offers the GraniteShares Gold Trust (BAR), told the WSJ. “Lower rates, coupled with uncertainty surrounding Fed policy, is going to continue to be a positive for gold beyond the immediate future.”