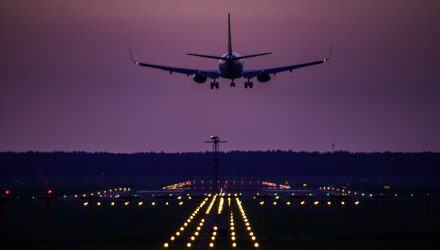 Shares of Boeing fell as much as 8 percent on Monday following news of a deadly plane crash involving a 737 MAX 8, which affected exchange-traded funds (ETFs) like the iShares US Aerospace & Defense ETF (BATS: ITA).

ITA tracks the Dow Jones U.S. Select Aerospace & Defense Index composed of U.S. equities in the aerospace and defense sector that includes manufacturers, assemblers and distributors of aircraft and aircraft parts. After declining 7.21 percent in 2018, ITA is up 20.98 percent thus far in 2019, according to Morningstar performance figures.

The crash of Ethiopian Airlines Flight 302 took place shortly after takeoff, taking the lives of all 157 people on board. It was the second deadly crash in span of less than six months involving a 737 MAX 8, which is Boeing’s top-selling plane.