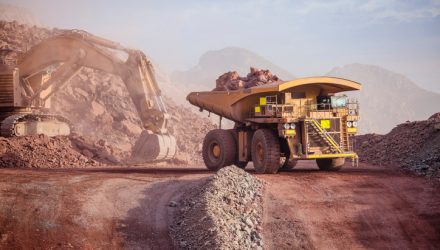 The iPath Bloomberg Copper Subindex Total Return ETN (NYSEArca: JJCB) is off more than 15% year-to-date. Given copper’s status as an important economic indicator, it would be reasonable to assume JJCB’s struggles are affecting other risk assets, such as equities. Some market observers disagree, arguing that copper’s reliability as an economic indicator is wilting.

“Copper has amassed a record of predicting recessions on par with the economics profession — which is to say that it has failed miserably in the forecasting department. It’s next to useless in anticipating future economic developments,” reports Bloomberg.

While copper prices are sagging this year, the widely followed MSCI ACWI Index is up nearly 3% year-to-date.

“The global economy may well be headed for a serious downturn. But copper prices are no more indicative of that outcome than sunspots or any of the other forms of modern-day capitalist divination. In fact, the argument that copper prices anticipate future economic activity rests on an exceedingly selective reading of historical data,” according to Bloomberg.