You are at:Home»Alternative ETFs»Copper ETN Could be Ready to Shine 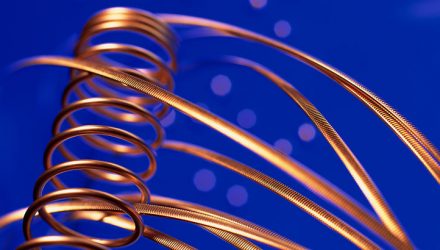 Copper ETN Could be Ready to Shine

In a year of struggles for many commodities exchange traded products, the iPath Bloomberg Copper Subindex Total Return ETN (NYSEArca:JJC) is standing tall with a gain of more than 6%. Over the past week, the copper exchange traded note (ETN) is up nearly 2%, indicating it could be ready to deliver more upside.

“Over the past three years it also has created another series of lower highs reflected. Doc Copper could be attempting to do something it hasn’t for years,” according to ETF Daily News. “A breakout attempt could be in play this week, as Doc Copper is testing falling resistance line. A breakout here and above highs hit earlier this year, would send bullish message to Copper.”

Similar to index-based exchange traded funds, ETNs also track some sort of index as part of their investment strategy. However, an exchange traded note, like the name implies, is a type of debt note that trades on an exchange. Additionally, the underwriting bank that issues ETN shares may choose to stop share creations.