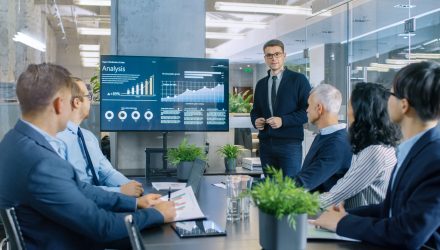 Consider This Commodity ETF in January

January is not one of the best months of the year in which to own stocks. Over the past two decades the S&P 500 has averaged January declines of 0.70% and the benchmark U.S. equity gauge has only been positive in half those Januarys.

However, some asset classes and the related exchange traded funds shine in the first month of the year. Those include silver and the iShares Silver Trust (NYSEArca: SLV).

Potential weakness in global manufacturing has been a particular worrying development for the silver market. While silver is classified as a precious metal, it is still used in a range of industrial applications from electronics to jet-engine manufacturing, which makes the metal sensitive to global economic trends, the Wall Street Journal reported.

Over the past 10 years, only one ETF has been positive in January more frequently than SLV and the silver ETF has been the best-performing commodity in the first month of the year over those 10 years.

“The iShares Silver Trust is near the top of the list, averaging the biggest gain of all at 4.59%. In the past 10 years, SLV has ended January higher seven times,” according to Schaeffer’s Investment Research.