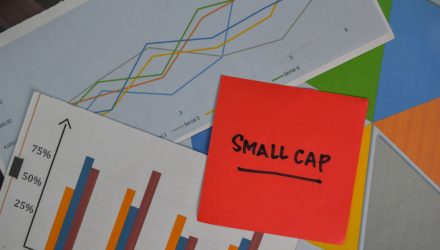 Consider Bargains in Small-Cap ETFs to Ride the Rebound

Small-capitalization stocks and related exchange traded funds have been outperforming as investors turned to more attractive areas of the market in the recent run-up.

According to RBC Capital Markets, market participants who have become “uncomfortable” with the S&P 500 after the recent rally this summer have found “bargains” in small-caps, MarketWatch reported.

“Valuations are elevated, but not extreme, for the S&P 500 again,” Lori Calvasina, head of U.S. equity strategy at RBC Capital Markets, said in a recent note. “But small caps still look cheap.”

Specifically, the small-cap Russell 2000 Index’s forward price-to-earnings ratio is “a bit below” the long-term average, trading around a P/E of 14.4 in mid-August.

“In December 2018 and March 2020, major bottoms in the stock market were achieved when this particular indicator briefly dipped below its long-term average,” Calvasina added. More recently, “its foray to the low end of its historical range helped the broader market establish” its mid-June low.

The small-cap category has largely underperformed this year, with the Russell 2000 declining about 13% in 2022 even after the rebound last month, whereas the S&P 500 decreased 12.3% so far this year.

However, after the broad sell-off and steeper declines in the small-cap segment, smaller stocks are now trading at cheaper levels compared to the large-cap benchmarks.

“Top S&P 500 valuations are above average but below recent major peaks, while small caps still look attractively valued,” Calvasina said. “Valuation pressures are not sufficient evidence to call an end to the summer rebound just yet.”