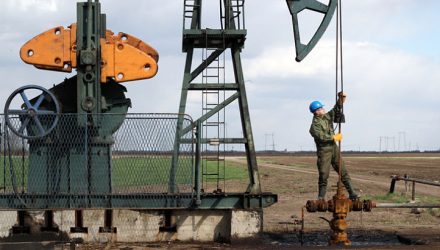 Conditions Are Looking Up for Oil ETFs

After another falloff in the first half of year on renewed concerns over the extended global supply glut, oil exchange traded funds may be beginning to stabilize and potentially turn around.

“Commodities going into the second half of the year will be more attractive than the first half,” Maxwell Gold, Director of Investment Strategy at ETF Securities, told ETF Trends in a call.

Gold is pointing to improving data and fundamentals that can drive greater demand for raw resources to fuel the global economic engine. For instance, we are witnessing increased manufacturing, which can support the cyclicality of energy and stabilization of global prices. Notably, the rising demand among emerging market economies, especially China, can help drain the global fuel glut.

International Energy Agency data revealed China imported 8.55 million barrels per day of oil in the first half of the year, or up 13.8% year-over-year, which has made the emerging economy the largest crude importer, even ahead of the U.S.

“The expected global economic backdrop remains broadly supportive for the energy sector in coming years. Demand for oil remains robust driven by further recovery of global growth accompanied with building inflationary pressures, while efforts to reduce the global supply glut are underway,” Gold said in a research note. “These changes in supply side fundamentals are beginning to unravel and impact some of the traditional drivers of energy returns including the US dollar (USD), interest rates, and curve structure.”