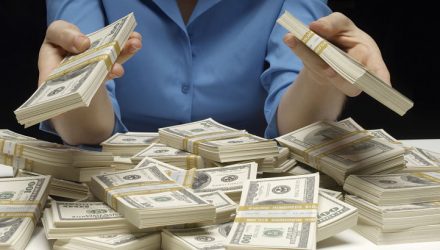 There was hope that the U.S. dollar could be poised to snap out of its lengthy slumber, but the PowerShares DB U.S. Dollar Index Bullish Fund (NYSEArca:UUP), the tracking exchange traded fund for the U.S. Dollar Index, is off almost 1% over the past week, stoking concerns that the dollar will remain downtrodden for the foreseeable future.

“The greenback sank to a 10-month low Friday, rounding out its worst week since May, as weaker-than-forecast economic data raised doubts about the prospect of additional Federal Reserve tightening this year. Analysts at banks including Mizuho and Wells Fargo say the dollar’s got further to fall as Thursday’s European Central Bank meeting approaches,” reports Bloomberg.

The Federal Reserve has boosted interest rates twice this year, a scenario that is usually dollar positive, but UUP and the U.S. currency have not been responsive to the Fed’s rate hikes.

Conversely, the CurrencyShares Euro Currency Trust (NYSEArca:FXE), which tracks the euro’s price movements against the dollar, is one of this year’s best-performing developed market currency exchange traded funds.