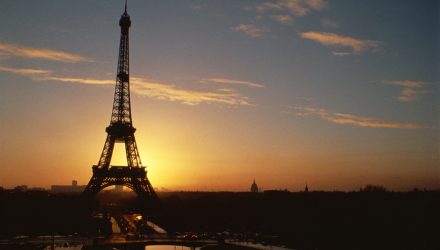 Investors are loving ex-US international equity exchange traded funds this year. One of the primary drivers of that trend is that stocks in developed and emerging markets outside the U.S. are more attractively valued than the S&P 500 and other major U.S. benchmarks. In fact, some of the top asset-gathering ETFs this year are funds tracking stocks in developed markets outside the U.S.

REFA looks to outperform the widely followed MSCI EAFE Index. Weighting stocks by revenue, as REFA does, can provide advantages for investors.

REFA is up 6.6% since coming to market, including a solid fourth-quarter performance of almost 5%. The ETF tracks the OFI Revenue Weighted International Index. A sound case for ex-US developed markets stocks remains.

“It is clear that the U.S. equity market is certainly not inexpensive. But valuation, both when it’s attractive and unattractive, is not a reason for buying or selling in and of itself. Investors need a catalyst. Currently, the catalyst for looking outside of the United States may be found in recent improvements in economic data. Manufacturing activity outside of the United States seems to have been steadily improving since the midpoint of last year,” according to Oppenheimer research published earlier this year.