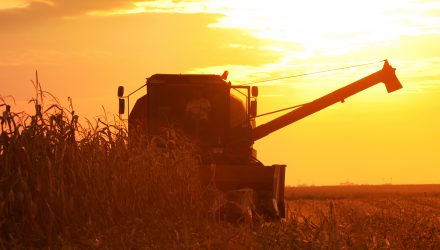 Commodity ETFs May Be Oversold

Commodity prices and related commodity ETFs have fallen off in recent weeks on concerns over demand weakness in emerging markets, the ongoing trade war and potential oil production increases. However, the selling may have been overdone.

Goldman Sachs argued that concerns over oil and other commodities have been “oversold,” and even those most exposed to the risks of a U.S.-China trade war are worth a second look, CNBC reports.

Most of the selling may be attributed to the potential fallout from an escalating trade war between Washington D.C. and Beijing. The White House is set to implement a 25% tariff on $34 billion in Chinese goods while China said it would retaliate on the same value in U.S. goods.

Commodities Not Set to Be Largely Hit

However, Goldman argued that commodities were not set to be largely hit.

“Only markets that cannot be rerouted globally to other consumers will be impacted by the proposed July 6th tariffs … We believe that the trade war impact on commodity markets will be very small, with exception of soybeans where complete rerouting of supplies is not possible,” according to a Goldman note.