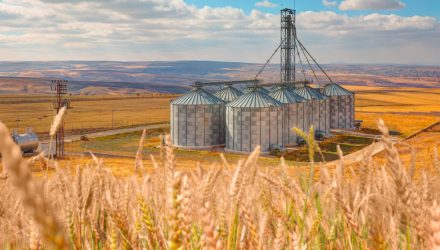 Commodities traders and investors continue to keep a watchful eye on geopolitical forces, with Ukraine continuing to be the prime area of focus. As the war against Russia forges on, Russian President Vladimir Putin roundly criticized a grain deal with war-torn Ukraine, pushing commodities like wheat higher.

Since Russia’s invasion of Ukraine earlier this year, it’s added an additional catalyst for rising commodities prices to go along with higher inflation. Russia’s occupation of the Black Sea and key ports in Ukraine also applied pressure that sparked a global food crisis.

As both sides attempt to come to the table to alleviate rising food costs, getting a general agreement on the terms is proving to be a trying task. A grain deal to allow for Ukrainian exports is being met with stonewalling from the Russian President.

“Wheat futures climbed almost 7% after Russian President Vladimir Putin criticized a recent grain deal with Ukraine, heightening attention on the sales outlook from the Black Sea region,” Bloomberg reported. “The grain shipment corridor from Ukraine is not helping poorer countries, as the majority of supplies are going to Europe, Putin said during the Vladivostok Economic Forum.”

Rising wheat prices should benefit exchange traded funds (ETFs) that focus on the commodity, such as the Teucrium Wheat Fund (WEAT). The fund can be used as an ideal inflation hedge as wheat prices continue to rise alongside rising commodity prices, or investors can use the fund to add commodities to their portfolios for diversification.

Another commodity to consider as ongoing negotiations for a grain deal appear to be stalling is corn. Ukraine is the sixth largest producer of corn, making corn ETFs another option for traders to mull over.

The various contract exposures help the fund limit the negative effects of rolling contracts, especially during a market in contango. This is a condition where future contract prices move higher than the commodity’s spot prices.