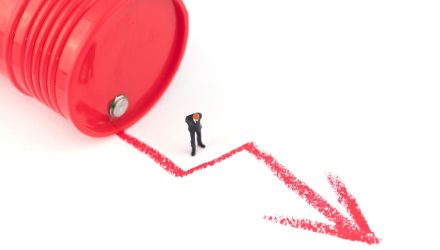 “Open interest is still falling, with some (market players) not interested in touching it because of volatility. That is, in my view, the reason resulting in higher volumes to the downside,” UBS oil analyst Giovanni Staunovo told Reuters, adding that the weak Chinese data contributed to the falloff.

“We’re really seeing where China’s economy is at and it’s a lot less rosy than people had hoped, consumption is going to be lower than anticipated, certainly for oil,” Sucden Financial’s head of research Geordie Wilkes told Bloomberg.

Further weighing on the crude oil markets, Iran indicated that it could reach a nuclear deal agreement in the next few days, adding to speculation that Iranian oil exports could begin to flow to the global market.

“Most are increasing the probability of an Iranian deal,” Rebecca Babin, a senior energy trader at CIBC Private Wealth Management, told Bloomberg. “I see $80 as significant support and would expect buyers to start to get interested at those prices.”

Global oil supply is projected to increase if Iran and the U.S. agree on a draft deal outlined by the European Union, which could come with an end to sanctions on Iranian oil exports