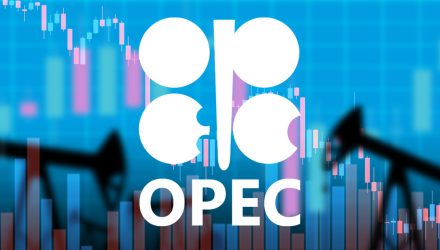 Energy-related exchange traded funds maintain momentum as Saudi Arabia pushes the Organization of Petroleum Exporting Countries, along with its allies, to cut production as a way to maintain elevated crude oil prices.

“More market uncertainty has boosted prices, which is exactly what Saudi Arabia is looking to do,” Stephen Ellis, utilities and energy analyst at Morningstar, told Business Insider. “Saudi Arabia does appear more concerned about a recession, which would tank oil prices, so it wants to capture the benefit of high oil prices as long as possible.”

Some warned that the OPEC’s production curbs could come as a response to a potential return of Iran’s oil exports to international markets following a nuclear deal with the West, Reuters reported.

“Oil prices are inching higher on hopes of a production cut from OPEC and its allies to restore market balance in response to the revival of Iran’s nuclear deal,” Sugandha Sachdeva, vice president of commodity research at Religare Broking, told Reuters.

Market observers also pointed out that oil price gains on Monday were somewhat limited by a strengthening U.S. dollar, which touched a 20-year high Monday, following the Federal Reserve’s intentions to keep going with its interest rate hikes in a bid to arrest high inflationary pressure.