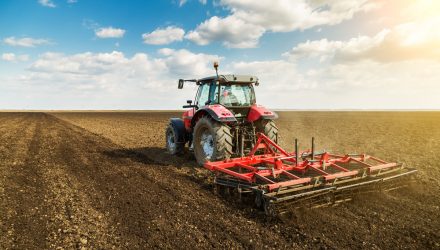 Agriculture commodity-related exchange traded funds were strengthening Friday as the annual crop tour across the U.S. highlighted the challenges farmers face in one of the worst droughts in a decade.

The corn market has been supported by lackluster yield results during the annual Pro Farmer Midwest Crop Tour this week, fueling concerns about even worse damage than previously believed during the dry, sweltering summer months, Reuters reported.

“The crop monitoring tour… does not lead us to expect much in the way of good news for this year’s U.S. crop,” Commerzbank analysts said of corn. “The risk of tightening supply should lend support to U.S. prices.”

Across the Midwest, fields show plants that are either suffering from stunted growth or even browning in face of the unrelenting heat. Additionally, some crops show visible signs of pests, Bloomberg reported.

“If the western corn belt is not as good as last year and the eastern corn belt isn’t better than last year, we are going to have a production deficit,” Brent Judisch, Iowa farmer and a scout on the western leg of the Pro Farmer Midwest Crop Tour, told Bloomberg. “There’s no way around it.”

Pro Farmer is scheduled to release its overall crop numbers later on Friday, which will be compared to the numbers from the U.S. Department of Agriculture estimates, Reuters reported. Traders are also waiting on updates from the eastern Midwest, which many hoped could help offset crop damage in the west.