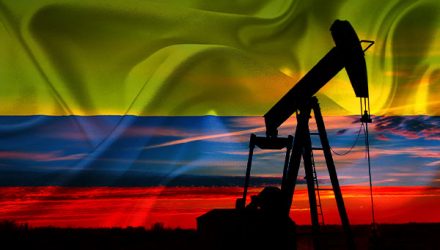 Colombia Elects Its First Leftist President, Which Is Bad News For Oil And Gas

Latin America tilted further left last week as Colombian voters elected to send Gustavo Petro to the country’s presidential palace. Come August, the former Bogotá mayor and former member of the violent M-19 guerrilla organization will join the region’s growing list of leftist leaders in a political shift some are likening to the “pink tide” of the late 1990s and early 2000s.

Although voters in several Latin American countries managed to flip their countries back toward neoliberalism and free-market capitalism following the pink tide, it appears a new wave of populism has caused political appetites to shift yet again.

Meanwhile, in Brazil, former president Luiz Inácio Lula da Silva, who rode the earlier pink tide to power, is leading significantly in the polls against incumbent Jair Bolsonaro. The Trumpian Brazilian president, whose popularity has taken a hit from high inflation and soaring fuel prices, is reportedly considering raising monthly stipends to millions of poor families in an effort to improve his chances of reelection in October.

Some parts of Central and South America have yet to recover from the economic damage caused by the pink tide 20 to 25 years ago.

Nicaraguan president Daniel Ortega, who “won” a fourth term in November of last year after jailing his political opponents, has transformed the small Central American country into the region’s third full-blown dictatorship after Cuba and Venezuela. In March, Nicaragua’s own ambassador to the Organization of American States (OAS) bravely condemned the Ortega government for rolling back human rights and quashing free speech and political dissent.

I’ve written many times about Venezuela—once Latin America’s wealthiest country, now home to hyperinflation and near-universal poverty due to the failed socialist policies of Hugo Chávez and Nicolás Maduro.

That brings me to Colombia’s Petro, who will become the country’s first leftist president. However implausible, there’s a legitimate fear that he could Venezuel-ify Colombia, one of the United States’ closest allies in the Western Hemisphere. I say “implausible” because, as things stand now, the Colombian president serves only one four-year term. But as they’ve proved time and again, autocrats find a way to hang onto power, whatever the cost.

The writer Maya Angelou once said that when someone shows you who they are, believe them the first time. Petro, 62, has shown us he’s no friend to personal property and liberties. He’s repeatedly praised Hugo Chávez and says he plans to normalize relations with Venezuela.

Embarrassingly, the president-elect retweeted a March 2021 post by liberal economist Paul Krugman in which he tried to make the case that trillions in money-printing has not caused inflation in the U.S. A year and a half after that original tweet, prices are rising at their fastest pace in 40 years.

Despite the fact that crude is Colombia’s number one export, Petro vows to be hostile toward the oil and gas industry and has pledged to stop awarding new exploration contracts. He allegedly wants to turn Ecopetrol, the country’s primary petroleum producer and biggest company of any kind by revenue, into a wind and solar provider. As Bloomberg reports, the Colombian government owns 85% of Ecopetrol, so there’s little to stop Petro from accomplishing this.

Shares of Canadian oil producers that operate in Colombia tumbled last Monday, the day after the election. The largest among them, Parex Resources, fell more than 10% in intraday trading before closing down 5.6%.

The only positive I can see from a Petro presidency derives from his surprising support of Bitcoin. As a decentralized asset, Bitcoin does not generally appeal to socialists like Petro, who seek to control all areas of the economy. However, he seems to like the cryptocurrency since it strips power from banks and eliminates the need to trust a third party.

To be fair, Petro’s favorable attitude toward Bitcoin is shared by a growing percentage of Latin Americans, many of whom have adopted crypto to get past currency controls and to send money across borders, not to mention save their money for perhaps the first time in their lives. In a just-released report by Mastercard, an incredible 51% of Latin Americans have made a transaction using digital assets, including Bitcoin. I expect this figure to grow substantially over the next several years.

Petro’s anti-fossil fuel ambitions face challenges from not just the constraints of a single four-year term but also a potentially uncooperative congress.

But for the sake of argument, let’s say he succeeds in halting all exploration and production in the country.

Such a move would surely add to the fuel price inflation we’re already experiencing across the globe. According to the International Energy Agency (IEA), world demand for oil is set to reach pre-pandemic levels next year as more people get back to traveling for leisure and business. At the same time, global investment in oil and gas projects has not fully recovered, nor is it expected to do so for the remainder of the year.

Take a look at the chart below. It shows you the 2016-2021 investment increase in research, development and demonstration (RD&D) budgets for select areas of the total global energy sector. Fossil fuels trailed all other areas, receiving less new financing than energy efficiency, nuclear, hydrogen and fuel cells, renewables and even “cross-cutting,” which includes “women’s participation in clean energy,” “clean energy education and empowerment” and other activities.

Again, this is all incredibly inflationary. Without adequate investment in traditional energy sources, we’ll continue to see sky-high fuel prices.

That said, oil traded down last week on fears that a potential recession could crimp demand. The price of Brent crude, the international benchmark, broke below its 50-day moving average, a possibly bearish signal. Brent still appears to have strong support, as you can see from the 200-day moving average, so this could be a head fake.

A meaningful drop in fuel costs would be welcome news for everyone, not least of all transportation-intensive companies from trucking to airlines to container shipping. Airlines have had to raise fares recently to offset surging fuel prices, while shipping rates are starting to tick back up after declining from their September 2021 peak.

1970s inflation is here. Find out what investors can do about it by clicking here!

Holdings may change daily. Holdings are reported as of the most recent quarter-end. None of the securities mentioned in the article were held by any accounts managed by U.S. Global Investors as of 3/31/2022.