You are at:Home»Featured»Coffee ETN Perks Up as Droughts Devastate Brazil’s Crop Outlook 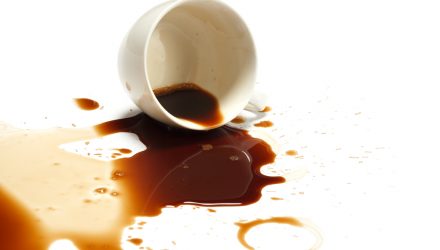 Coffee futures and related exchange traded notes jumped on Monday as another round of poor weather forecasts threatened to weigh on an already-stressed crop outlook in Brazil, the world’s biggest coffee producer.

While weekend rains helped bring some moisture to the drought-stricken central regions of Brazil, including Mato Grosso do Sul, parts of Parana, and Sao Paulo, Donald Keeney, senior meteorologist for Maxar Technologies Inc warned in Bloomberg that the the rainfall didn’t spread out to Minas Gerais, the top coffee-growing region.

Prices on arabic coffee, which is the favored bean for many companies like Starbucks Corp, have surged this year due to a devastating drought that has decimated the crop outlook in Brazil for 2021.

“The main driver is Brazil’s forecast,” Hernando de la Roche, senior vice president for StoneX Financial Inc., told Bloomberg. “This will remain a weather market for the next few weeks,” at least until the typical arrival of the rainy season by the second half of September.

Additionally, traders are weighing the crop outlook against the potential negative impact of COVID-19 variants on the economy and demand, de la Roche added.

This isn’t the only weather problem that Brazil’s coffee producers have had to contend with. Widespread frosts have previously hit Brazil’s coffee regions and appeared to have decimated the following year’s Brazilian coffee production outlook. Farmers and traders had been relying on the 2022 harvest to help recover the low stockpiles after a drought caused a significantly smaller crop.

In addition, too many cloudy days have stunted growth in coffee crops across Columbia, the second-biggest exporter of arabica. COVID-related lockdowns are also weighing on export flows out of Vietnam, the biggest exporter of robusta beans traded on London exchanges.