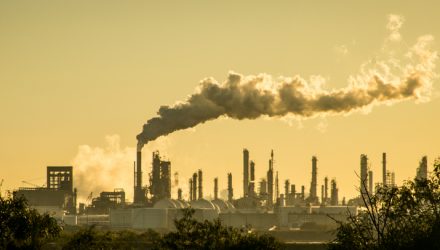 Why This Oil “Supermajor” Is Committed to the Energy Transition

Italian oil supermajor Ente Nazionale Idrocarburi, otherwise known as Eni SpA, has committed to the net-zero energy transition by 2050, having recognized the need to change its practices in order to continue to operate a successful business model. It’s just one of many major industry players making the transition to carbon neutrality as the whole world pivots to reduce emissions and combat climate change.

Eni adheres to both the Paris Agreement goalpost of net-zero emissions by 2050 as well as the 17 United Nations Sustainable Development Goals. By transitioning to carbon neutrality, the oil supermajor (one of the top seven publicly traded oil companies globally) seeks to create increased stakeholder value while also creating a “just transition” that is inclusive of workers, communities, and customers.

“The main challenge faced by the global energy panorama is to balance two fundamental prerequisites: guaranteeing universal access to energy in a world that is growing in economic and demographic terms, while at the same time, tackling climate change by accelerating the transition process towards a more sustainable mix,” according to Eni.

The company has plans to invest at least 70% of investments into R&D focused on decarbonization by 2025 as well as developing new technologies to recover waste on an industrial scale.

In addition to its own value and supply chains, Eni is also the main shareholder of Commonwealth Fusion System, which works within the field of magnetic fusion. Eni has led a consortium of companies on the HyNet project in the U.K. for carbon dioxide capture and storage, and the project was picked as one of greatest interest for decarbonization efforts. The company has also expanded its renewables capacity through a number of acquisitions of solar and wind plants in France, Spain, and Italy.

“Thanks to the ambition of our strategy and the rigorousness of our methodology, our pathway towards net zero was recognized by the Transition Pathway Initiative as aligned with the 1.5°C scenario in the long term. The recent Net Zero Benchmark of the CA100+ investor coalition identified Eni, for the second year running, as one of the most aligned companies,” wrote Claudio Descalzi, CEO of Eni in the “Carbon Neutrality by 2050” report.

In an environment of increasing shareholder and regulatory pressure, increasing legal culpability for oil and gas companies contributing to climate change and human rights impacts, increasing reputational risk for heavily polluting companies and companies that lack transparency regarding their emissions practices, and the physical risk that climate change poses for all companies, being at the forefront of the energy transition creates a number of opportunities. Eni is one such company that is aligned with the energy transition and looks to be an industry leader, particularly within the oil supermajors.

For investors wanting to ensure that their portfolios are on the right side of that transition, the KraneShares Global Carbon Transformation ETF (KGHG) is a fund worthy of consideration. Eni SpA is its top holding, currently at 4.19%.

KGHG seeks to capture the true potential within the carbon transition by focusing on companies from within industries that are traditionally some of the highest emission offenders but are on the precipice of transitioning to renewable technologies. It goes beyond relying on just a climate pledge and offers exposure to companies making a meaningful transition to renewable energies and away from heavy carbon-emitting practices.