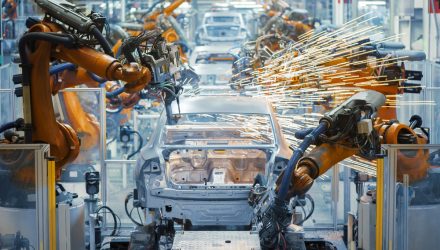 What War in Ukraine Means for the Automotive Industry

The automotive industry has faced a supply chain crisis, a semiconductor chip shortage, and now war in Ukraine threatens to cause further disruption globally, reports the Wall Street Journal.

Ukraine is a key producer of wiring harnesses that are used in cars to help connect components and the car’s wiring together. With suppliers and manufacturers within Ukraine shut down with the Russian invasion of the country, those parts are about to become extremely difficult to obtain, and companies with plants in surrounding countries in Europe are beginning to have to slow or halt production because of a lack of parts.

The shortage has been compounded by sanctions on Russia and the withdrawal and closure of manufacturing plants and facilities in Russia by companies around the world. Companies such as VW, Toyota, and Ford, have also ceased export and sales to Russia.

The restrictions on shipping lanes and blockade of Russian airspace have added pressures to an already-struggling global supply chain and is a major setback for one of the biggest industries and employers in the West. Analysts are now predicting that just initial impacts of war could reduce vehicle production by 1.5 million units globally — if one is optimistic.

“It could also lower production by 3 million vehicles,” said Stephanie Brinley, automotive analyst at IHS Markit, and added that it’s entirely too soon to know how chaotic global supply chains will become. “We have no visibility,” Brinley said.

For advisors and investors that believe that the prices of vehicles will rise due to increased costs from potentially thinner supply, the KraneShares Electric Vehicles and Future Mobility ETF (NYSE: KARS) offers targeted exposure to the electric vehicle industry.