You are at:Home»Climate Insights Channel»What the Energy Transition Looks Like: Fortescue Metals Group 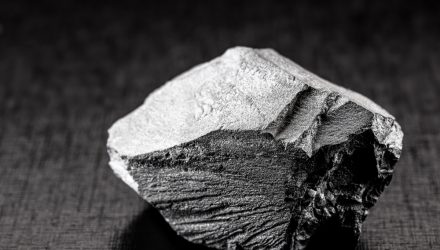 What the Energy Transition Looks Like: Fortescue Metals Group

Fortescue Metals Group, located in Western Australia, is one of the leading iron ore companies worldwide, and has rapidly become an industry leader in the net-zero emissions transition while also pivoting part of its business model to look ahead to the future it sees in green hydrogen.

Fortescue is leading the clean energy transition within its industry and beyond. Fortescue Future Industries is a green energy, technology, and development company within the Fortescue family that is working with the parent company to transition its operations to be carbon-neutral by 2030 and have net-zero scope 3 emissions (the assets that are indirectly impacted by the company’s value chain) by 2040.

The transition has included building out solar and wind farms to power mining operations in the Australian desert as well as utilizing battery storage for renewable energy and will extend to the use of green hydrogen and battery electric options for the mobile part of its operations in the future. Fortescue employs eight of some of the largest ships worldwide to ship its ore and has embarked on researching and developing ammonia as a viable marine fuel alongside 22 other companies in its drive to transform the shipping industry and its own practices.

“FFI is leading the green industrial revolution, developing technology solutions for hard-to-decarbonise industries, while building a global portfolio of renewable green hydrogen and green ammonia projects to produce 15 million tonnes per year of green hydrogen by 2030, rising to 50 million tonnes per year in the decade thereafter,” said the Fortescue Future Industries website.

Fortescue is thinking bigger than just its own operations, though, and has set sights on helping to transform some of the most complex and difficult sectors to transition, including aviation, shipping, haulage, and industrials. As a miner that ships globally, it is heavily reliant on the maritime shipping industry and has set an ambitious goal of cutting the emissions from transporting its ore via shipping in half by 2030.

“We know that the technology is there…We’re going to move heaven and earth to ensure the shipping industry cannot say it didn’t have the molecules to go green,” said Andrew Forrest, founder and chairman of Fortescue Metals Group, at a speech at the Global Maritime Forum last October.

Investing in Fortescue and the Net-Zero Transition

The KraneShares Global Carbon Transformation ETF (KGHG) focuses on the global industry leaders like Fortescue, which is carried at a 3.35% weighting within the fund, that are transitioning their operations to reduce and eliminate emissions. By investing in these companies as they transition, KraneShares believes the upside potential is enormous.

For Fortescue, it means investing in an iron ore mining company today that will be emerging “out of this cocoon as a butterfly that is faster growing, higher margin, [with] much higher valuation stock,” as a globally leading green energy company, explained Luke Oliver, managing director, head of climate investments, and head of strategy at KraneShares, in a recent call with VettaFi.