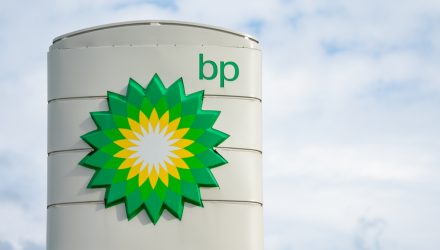 The race to net zero is gaining attention and urgency globally as increasingly severe weather events, powered up by climate change and rising temperatures, wreak havoc globally, causing humanitarian crises, loss of land and property, and food shortages. Countries and companies are laying out net-zero emissions plans by 2050 in a bid to curtail warming by curbing greenhouse gas emissions, both through a transition to renewables as well as utilizing carbon capture technologies. British Petroleum is at the front of the energy transition pack within the oil and gas industry.

Shortly after taking over the company in 2020, BP’s newest CEO, Bernard Looney, announced that the oil supermajor would be walking away from the standard business model it had thrived on for decades in favor of a new one aligned with the Paris Agreements that focuses on drastically reducing emissions and pivoting to renewable energy and carbon capture technologies. These plans included cutting dividends to shareholders by half, spending up to $5 billion annually to convert the company to a renewable energy business model, and slicing oil and gas output by 40% by 2030, with a goal of net zero by 2050.

In 2019 BP had just $500 million of investments allocated to renewables. That grew to $2.2 billion in 2021. As low and zero carbon investment continues to grow, BP anticipates it will pull from traditional oil and gas in a natural pivot towards low and net-zero emissions. By 2030 BP’s goal is to have between $4-6 billion invested in low and zero-carbon solutions, including renewables, bioenergy, hydrogen, carbon capture and storage, and EV charging.

One area that BP is expanding rapidly is offshore wind energy to meet its net-zero goals. The company recently announced that it would be tripling its number of workers for offshore wind farms. The wind farms being constructed now are all based on anchored turbines that attach to the seafloor, but innovations within floating platform technology by the oil and gas industry could soon be folded in as BP seeks to hire a head for floating wind. 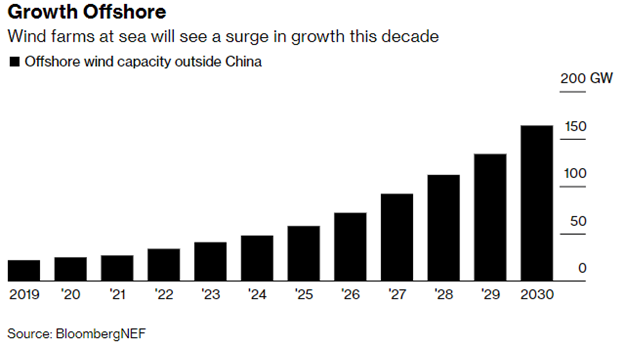 “BP is committed to the energy transition,” Richard Sandford, BP vice president for offshore wind in the UK, told Bloomberg. “Offshore wind is a key component to that story.”

Hydrogen is another main component of the energy transition, particularly within the power sector and BP has plans to create seven hubs globally for low-carbon hydrogen production of both green hydrogen (hydrogen produced using water or other clean energy sources) and blue hydrogen (hydrogen pulled from natural gas and the carbon dioxide is captured and stored) in Europe, Australia, and the Middle East.

Investing in the Carbon Transition of Industries With KGHG

The KraneShares Global Carbon Transformation ETF (KGHG) focuses on the global industry leaders like BP, which is carried at a 3.56% weighting within the fund, that are pushing the global transition to net-zero emissions. KraneShares believes that the upside potential of investing in these companies as they transition is enormous.