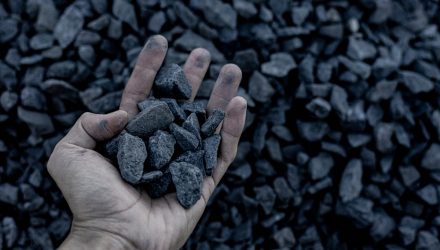 “We Have No Choice”: Coal Use Rising Globally

Global coal use is only increasing as the energy crisis in Europe persists and China significantly ramps up coal production and use to boost its economy.

The EU has gotten the go-ahead from Brussels to increase coal use over the next 10 years in the energy transition away from Russia. The European Commission has stated that 5% more coal than before would be used, but the short-term use will likely be higher in the immediate transition.

“We have no choice but to look for [fossil fuel] alternatives in the short run,” said EU Commission Vice-President Frans Timmermans who is in charge of the EU Green Deal.

While Europe remains committed to its net-zero emissions goals for 2050 by increasing nuclear power reliance and ramping up renewable energy, it has been an unexpected blow to the European energy grids and their previous reliance on Russian natural gas and oil.

At the same time, China has doubled down on its use of low-cost coal to help boost its economy and tide the storm of rolling power shortages and blackouts, to the detriment of its air quality and likely crop yield. Because the coal that is being utilized by China to help prop up its energy grid is low-cost, it is low quality and burns faster, meaning that power generators require more and more as output demand increases.

China generally derives 60% of its power from coal each year but this year Beijing has capped coal prices and called for higher coal production than has been seen in the world’s second-largest economy. The price cap has had adverse effects from its intention of keeping it affordable for power generators. Coal miners are taking advantage of the price cap to churn out greater quantities instead of focusing on quality.

“The structural problem is not obvious right now, because coal consumption is weak. But once demand from utilities picks up in summer alongside the economic resumption from COVID lockdown, we could see coal use jumping at a faster than usual pace,” a coal trader in China told Reuters.

Investing in Carbon Allowances in Europe and Globally

The KraneShares Global Carbon ETF (NYSE: KRBN) offers the first-of-its-kind take on carbon credits trading and is in a position to capture the rise in carbon allowance prices as emissions limits become more stringent globally and countries tackle both the carbon and energy crisis.

The fund’s benchmark is the IHS Markit Carbon EUA Index, an index that tracks the most-traded EUA futures contracts, a market that is the oldest and most liquid for carbon allowances. The market currently offers coverage for roughly 40% of all emissions from the EU, including 27 member states and Norway, Iceland, and Liechtenstein.