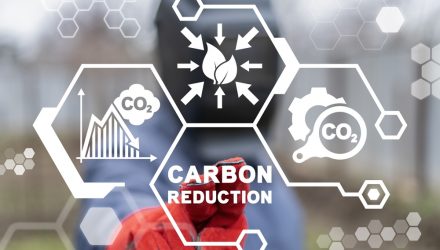 In a difficult macro environment, the Regional Greenhouse Gas Initiative in the Northeastern U.S. has proven surprisingly resilient, holding close to its upside trading band of $14 for most of the year despite larger macro volatility and uncertainty from within RGGI itself. Luke Oliver, managing director, head of climate investments, and head of strategy at KraneShares, discussed the challenges RGGI has faced and continues to face and the second half outlook in a recent paper.

One of the largest sticking points that continues to create uncertainty for the markets is the entry of Pennsylvania into RGGI, a process that has faced much pushback and legal contesting from within the state. Pennsylvania officially joined RGGI on July 1 of this year, but on July 8 the Commonwealth Court of Pennsylvania issued an injunction, halting the state from enforcing or implementing the state’s carbon program that was a requirement for RGGI entry.

Since then it has been a back and forth between Pennsylvania Governor Tom Wolf (D) and the courts, with it now awaiting an appeal at the state Supreme Court level, meaning that it looks increasingly unlikely that Pennsylvania will be contributing to the third quarter auction where they were slotted to sell 16 million allowances.

“Although RGGI Inc. said in a statement that it was operating under the premise that it would be able to participate in the upcoming auction being that there is still a chance that the state supreme court could issue an order that lifts the current injunction just prior to the auction,” Oliver explained.

Virginia is also a state that is contesting its participation in RGGI, with Governor Glenn Youngkin (R) attempting to pull the state out of RGGI and state Senate Democrats preventing the withdrawal. KraneShares doesn’t anticipate that Virginia will back out of RGGI any time soon.

“With that said, RGGI held up well, trading close to $14, the current upside band, for most of the year. The maximum drawdown was just 11.7% at the height of volatility and only –7.55% from all-time highs,” Oliver wrote of the carbon market’s performance.

“With greater clarity on Pennsylvania’s timeline for entry into the market, we could potentially see some upward price pressure in the coming months and after the new year when the upper band resets by 7%,” predicted Oliver.

The RGGI market currently has a 4.72% weight within KRBN and the fund has an expense ratio of 0.78%.