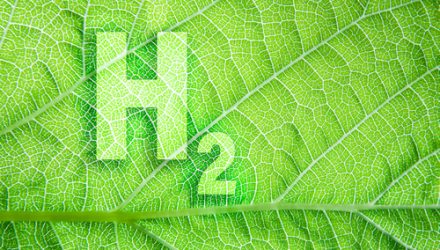 The Inflation Reduction Act Moves the Needle on Green Hydrogen

The passage of the Inflation Reduction Act marked the biggest climate commitment the U.S. has ever made with a range of incentives, curtailing of methane emissions, and funding for a whole host of green energy technologies and renewables baked into the much larger bill. Green hydrogen is an area in particular that stands to benefit tremendously from the bill.

“The Inflation Reduction Act is really transformational for clean tech, and perhaps the area where it looks to me to be really moving the needle is in the adoption of hydrogen and green hydrogen in particular,” said Roger Mortimer in a recent call with VettaFi.

Mortimer is the portfolio manager of the KraneShares Global Carbon Transformation ETF (KGHG), a fund that invests in large, established energy companies that are transitioning from fossil fuel to renewable energy and energy alternatives, as well as the companies that will aid in that transition.

Most of the hydrogen used now for fuel sources in industries such as manufacturing, shipping, and transportation is what is called gray hydrogen, that’s derived from natural gas and methane and uses fossil fuels in a process called steam reforming. It’s a process that requires a lot of energy and produces a lot of carbon emissions. 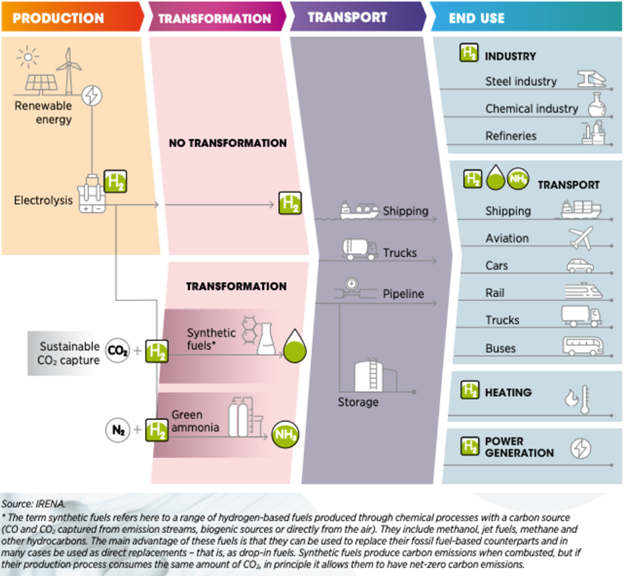 Green hydrogen on the other hand is powered by renewable energy and uses water as the catalyst. It splits the hydrogen away from the oxygen. Green hydrogen is seen as one of the main pillars of transformation to a 2050 net-zero global emissions goal. In the U.S., it’s about to get a big boost via the Inflation Reduction Act.

“The effect of these subsidies is that they could potentially put the green hydrogen market at economic parity very, very quickly which would mean that you’d have rapid adoption of these technologies,” explained Mortimer.

There are many companies already working towards this kind of transition or are focused solely on green hydrogen itself. One such company is Plug Power, an American company that focuses on hydrogen fuel cell systems and is a leader in the end-to-end hydrogen ecosystem. They are a vertically integrated hydrogen technology company that offers energy solutions to companies such as Amazon, BMW, Walmart, Carrefour, and more.

Plug Power recently announced a partnership with New Fortress Energy Inc to build a 120-megawatt industrial-scale green hydrogen plant in Beaumont, Texas. It will be one of the largest green hydrogen facilities in North America upon completion, producing 50 tons of green hydrogen daily. Ultimately, the plant will be able to scale up to 500 megawatts once supporting infrastructure is built out.

New Fortress Energy is a liquid natural gas developer that seeks to provide energy access to people and communities that have difficulty obtaining or creating reliable energy otherwise. LNG is a cleaner burning fossil fuel than coal, but by building out the infrastructure for LNG to coastal communities, it not only provides energy access to communities without but could be the first step towards a green hydrogen transition with easy access to native renewable energy sources.

New Fortress is already making the green hydrogen transition. NFE seeks to be one of the leading global providers of green hydrogen to reach net zero carbon emissions as a company by 2030. New Fortress, through their Zero division, currently invests in and is deploying emerging hydrogen production technologies and partnering on green hydrogen projects such as the one with Plug Power in Texas.

Investing in the Green Hydrogen Transition

The fund seeks to capture the true potential within the carbon transition by focusing on companies from within industries that are traditionally some of the highest emission offenders but that are on the precipice of transitioning to renewable technologies.