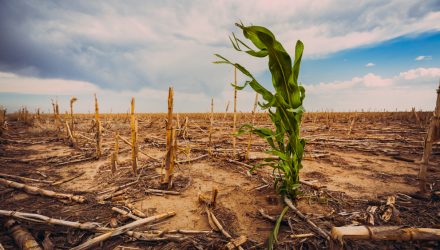 The Case for Climate Change as a Long-Term Inflation Driver

How we measure inflation and the impacts it has is becoming more complicated as climate change impacts become more widespread and intrinsic across sectors and systems. Roger Mortimer, portfolio manager of the KraneShares Global Carbon Transformation ETF (KGHG), broke down the effects that climate change is having on the commodities sector, specifically food, and the role it will play in driving inflation in the future in a recent paper.

The energy sector has long been a barometer of economic health and one of the primary gauges of inflation, as evidenced by the Fed’s focus on energy prices this year while inflation remains persistently high. It’s a picture that will become increasingly more complex as climate change effects continue to ramp up globally, with droughts, heatwaves, hurricanes, and other weather events increasing in intensity and frequency.

“Renewables will eventually deliver power at lower and more stable costs than the fossil-based inputs we use today, but in the medium term, during the transition, higher carbon taxes on conventional fuels will add to inflationary pressures,” Mortimer wrote. “As carbon taxes become more pervasive across industries and geographies and their prices ratchet higher, this inflationary effect will persist.”

The climate change impacts are likely to have an even larger effect on food scarcity across a range of crops and locations. Food accounts for a sizable portion of the consumer price index in the U.S. and has a trickledown effect on household finances: Higher food and energy prices equate to reduced consumer spending in other areas as households struggle to finance the necessities.

Global food prices reached new highs in March 2022 according to the UN Food and Agriculture Organization, with a reference basket of food commodities priced 29.8% higher year-over-year.

Climate change is already cutting into agricultural productivity, with historic droughts and heatwaves impacting crops and driving food prices higher, but the effects are further-reaching within the food industry. The IPCC WGII Sixth Assessment Report published last year recorded the correlation between rising temperatures and reduced crops through degrading soil conditions, harvest reductions due to severe weather events, and the impact of increased heat to animals (reduced dairy production and increased animal mortality in beef herds) as well as farm workers that produced less under hotter conditions. All of it results in costs that are passed along to the consumer.

“Both drought and flooding – two sides of the climate change impact – result in longer-term inflationary pressures,” Mortimer wrote. “The events can reduce the amount of arable farmland, disrupt productivity for long periods of time, and increase the costs of operating the land, including necessary infrastructure improvements, higher insurance, and financing costs.”

England, coming off of a “once-in-a-lifetime drought” in 2018 is now undergoing even more extreme conditions, with crop yields down between 10%–50% over the summer; July was the driest month on record for England since 1935. Meanwhile, Pakistan is experiencing historic flooding that has a full third of the country underwater, affecting food production not just for the country but also for Afghanistan, which relies on imports from Pakistan via currently flooded areas.

In the U.S., insurance payments for crop losses to farmers have tripled in the last 25 years, with more than 60% of payouts attributed to climate change impacts.

The KraneShares Global Carbon Transformation ETF (KGHG) seeks to capture the true potential within the carbon transition by focusing on companies from within industries that are traditionally some of the highest emission offenders but that are on the precipice of transitioning to renewable technologies.

“Deeply entrenched climate trends suggest that food cost inflation will be a long-term theme. With the cost of necessities rising, consumers will have less to spend in discretionary areas, affecting the valuations of companies exposed to these areas, many of which have been market favorites,” Mortimer wrote. “As investors become more aware of both the negative effects of inflation on high terminal value growth stocks and the opportunities presented in climate mitigation, we believe that the re-rating process of energy transition leaders will accelerate.”