You are at:Home»Climate Insights Channel»Soaring Gas Prices Could be a Boon for Electric Vehicles 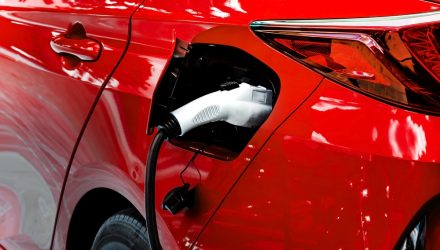 Soaring Gas Prices Could be a Boon for Electric Vehicles

The consumer price index came in at its highest in four decades for May, with energy and gas prices playing a heavy hand in contributing to the rise. For consumers that were already in the market for a new vehicle, electric options are looking increasingly more viable and reasonable given gas prices alongside policy support for going electric, and sales so far this year have reflected this trend.

CPI was 8.6% for May, a 1% increase from the month previous on an estimated 0.7% gain and the fastest rise in CPI since December 1981, reported the U.S. Bureau of Labor Statistics. Drilling down into it, the energy index was up 3.9% over the month, with the gasoline index rising 4.1%.

Over the last twelve months, the gasoline index has increased 48.7%, with fuel oil rising an astounding 106.7% over the same period. It’s the largest gain for fuel oil in the entire history of the data collection, which goes back to 1935.

Where the price was once an objection, suddenly through the lens of an average of $5 a gallon for gas, electric vehicles are looking increasingly more attractive to those in the market for a new car.

“Most of our analysis has shown that, from a financial perspective, if you’re buying a new vehicle, it makes a lot of sense for most people to at least strongly consider an electric vehicle if it fits their lifestyle,” Chris Harto, senior policy analyst for Consumer Reports, told CNN.

Electric vehicle sales were 6.6 million in 2021 (3.3 million of that in China alone), doubling from the year previous and it’s a trend that seems to be on track for this year as well, reported the International Energy Agency. In the first quarter of 2022, over 2 million electric cars were sold globally, a three-quarter increase from the same period in 2021.

Capturing the EV Transition with KARS

KARS invests in many familiar car companies such as GM, Tesla, Ford, Mercedes-Benz, BMW, and major Chinese EV manufacturers such as Xpeng, Nio, and BYD, some of the biggest companies in the global electric vehicle industry.