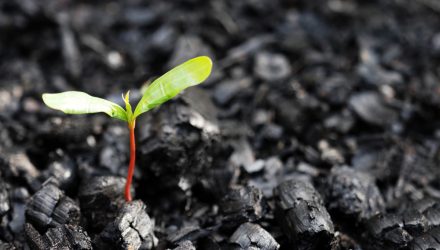 The global energy crisis this year has fast tracked the transition to renewable energy sources, and renewable power capacity is expected to grow in the next five years as much as it did in the last 20, according to a new report from the International Energy Agency.

Renewable power capacity worldwide is anticipated to grow by 2,400 gigawatts between 2022–2027, equal to all of China’s current power capacity. It’s a rate of growth that is 30% faster than forecasts a year ago, in large part driven by Russia’s invasion of Ukraine and Europe’s rapid shift to renewables as it seeks to divest itself of reliance on Russian fossil fuels.

“Renewables were already expanding quickly, but the global energy crisis has kicked them into an extraordinary new phase of even faster growth as countries seek to capitalise on their energy security benefits,” said Fatih Birol, executive director of IEA.

The rapid growth in renewable energy is also being lifted by domestic regulatory support within China, the United States, and India; policies added this year in India and the U.S. are estimated to result in $25 billion more in solar manufacturing investments in the next five years.

Biofuels are another type of renewable energy expected to grow rapidly. It’s estimated that demand for biofuels will increase 22% between 2022–2027 and that the U.S., Brazil, Canada, Indonesia, and India will collectively account for 80% of that growth.

The primary forecast by the IEA puts renewables as the main energy source for electricity worldwide within the next three years, surpassing coal and making up an estimated 40% of all electricity globally by 2027. The increasing market share of renewable energies will result in decreased shares of natural gas, coal, and nuclear by 2027. 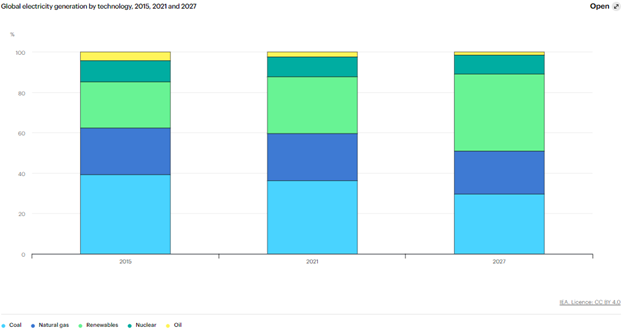 The energy transition is here, and it’s happening more rapidly than expected. For investors wanting to ensure that their portfolios are on the right side of that transition, the KraneShares Global Carbon Transformation ETF (KGHG) is a fund worthy of consideration. KGHG seeks to capture the true potential within the carbon transition by focusing on companies from within industries that are traditionally some of the highest emission offenders but are on the precipice of transitioning to renewable technologies. It goes beyond relying on just a climate pledge and offers exposure to companies making a meaningful transition to renewable energies and away from heavy carbon-emitting practices.