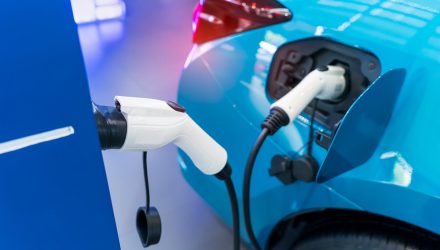 Price has always been one of the biggest barriers for consumers to owning an electric vehicle, but those days are coming to an end. New analysis by Atlas Public Policy has found that many of the popular electric cars and trucks available now are actually cheaper than their combustion engine counterparts over the course of their lifetime, reports Fast Company.

One of the biggest findings was that the wildly popular Ford F-150 Lightning, the electric version of the most popular vehicle in the country, the F-150 truck, was 17% more affordable to own compared to its gas-powered counterpart. As an added bonus, the electric pickup can also be used as an emergency power source for your home in case of electrical failure.

“If you’re buying a vehicle, it’s really hard to know what the total cost is going to be over the lifetime of the vehicle,” says Tom Taylor, policy analyst at Atlas Public Policy. “So this is part of giving people better data to help people think through that decision. And then also to just challenge a prevailing notion that EVs are more expensive.”

The survey looked at specific vehicles and calculated their costs over the course of eight years. The Ford Lightning, which was so popular that Ford had to cut off reservations for it at 200,000 ordered as of December when it went into production, costs $39,974 at its base cost. This is roughly $10,000 more than its gas counterpart up front, but it does qualify for the $7,500 federal tax credit for electric vehicle purchases.

EVs generally have fewer moving parts than internal combustion engines, and by requiring less maintenance over time and saving money on gas, they end up cheaper in the long term.

“The fuel cost is where there are significant savings for EVs,” says Taylor. “It depends a little bit on which vehicle and which class we’re talking about. But if we look at a light-duty sedan, for instance, that’s a very low-cost sedan, and the fueling cost is effectively 50% of the fueling cost for an [internal combustion engine] vehicle. So that’s a really significant savings.”

Other vehicles compared were the Honda CRV to Volkswagen’s electric ID.4, with the electric option costing 15% less over time. On the luxury side of the spectrum, owning a Tesla Model 3 was estimated to be about 5% cheaper than owning a comparable Lexus.

Bloomberg NEF has estimated that the outright sticker price for EVs could be cheaper than gas cars in five years or less. Lower costs mean that more consumers will be willing to purchase EVs, further extending the already-growing portion of market share that electric vehicles are taking.

The KraneShares Electric Vehicles and Future Mobility ETF (NYSE: KARS) invests in Tesla, Ford, Xpeng, Nio, BYD, and many of the biggest players globally in the electric vehicle industry.