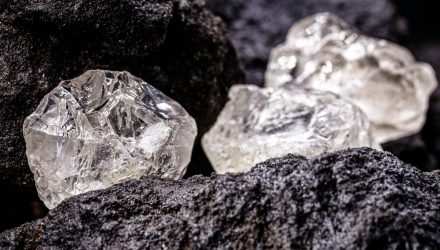 Lithium: The Benefits of Diversifying Globally Across the EV Industry

The electric vehicle industry expansion in the United States could face challenges in the form of domestic raw material supply, a key requirement of the new tax credits laid out in the Inflation Reduction Act, reported Yahoo Finance.

Goals laid out by the Biden administration for the transition to electric vehicles aim to replace 50% of all new vehicles sold with EV alternatives by 2030. The climate portion of the bill offers money to help support the buildout of a domestic EV supply chain within the U.S., but it could run into significant problems when it comes to sourcing enough lithium to fuel the transition. The new tax credits require a certain percentage of components and parts to be sourced from North America, a requirement that many U.S. EV manufacturers are already challenging on the basis of unrealistic expectations.

“The world has changed,” said Keith Phillips, CEO of Piedmont Lithium, a major lithium miner in the U.S., in an interview with Yahoo Finance Live. “We’re now in an era where everyone’s going to want an electric car. The car companies can’t make them fast enough, and people are now looking for the lithium they need for the batteries to go in those electric cars.”

Lithium is a key component of EV batteries, and while potential lithium battery alternatives are being researched and tested, for now, lithium remains king. One EV battery typically requires about 17-22 pounds of lithium to make and lithium mining in the U.S. remains relatively sparse for now.

Piedmont Lithium, one of the few U.S. miners, announced that it will be opening a lithium processing plant in Tennessee that will be able to process 30,000 metric tons of lithium annually, but it remains a slow process to acquire the permits for new sites in the U.S. It’s a problem that the Biden administration is addressing through the Defense Production Act as it attempts to increase production of both lithium and cobalt, but demand is likely to outstrip supply for years to come, particularly with the 2030 goals the administration has set.

“Yes, we’ll [eventually] have enough, but not by that time,” Phillips said. “There’s going to be a real crunch to get the material. We don’t have enough in the world to turn that much [lithium] production in the world by 2035.”

New mining projects, once approved, take between 5-10 years to come online. Currently, the Albemarle Silver Peak mine in Nevada is the only domestic lithium mine that produces a significant amount of supply.

It’s an issue that is playing out across the global stage, with lithium supply currently dominated by China, followed by Australia and Chile. The incentives now exist in the U.S. to grow supply domestically, but it will still take years to build out that supply potential.

“I think you’ll see companies that are thinking about battery plants in different parts of the world or lithium conversion plants coming to America because this investment tax credit will be very valuable… The market opportunity is huge,” Phillips said.

The transition to electric vehicles has become a global phenomenon, with many traditional car manufacturers committing large portions of their business to develop EVs. While demand is expected to grow, supply-side issues will present challenges for some EV markets. The KraneShares Electric Vehicles and Future Mobility ETF (NYSE: KARS) offers a good solution for investors looking to capture the potential growth of major EV producers globally and provides diversification potential beyond its peers.

KARS invests in many familiar car companies such as GM, Tesla, Ford, Mercedes-Benz, BMW, and major Chinese EV manufacturers such as Li Auto, Nio, and BYD, some of the biggest companies in the global electric vehicle industry. It has an expense ratio of 0.70%.