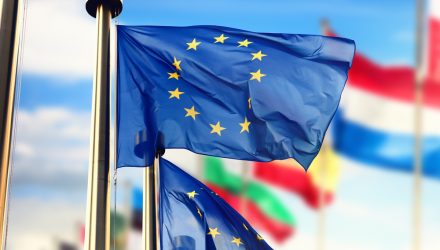 Energy prices in Europe have dropped significantly from record highs earlier this year as winter gas stockpiles continue to grow. At the same time, carbon prices in the EU carbon market are once more on the rise in anticipation of the greater energy expenditure required over the winter months, superseding the potential for reduced industrial output due to recession and macroeconomic risks.

The regional benchmark for EU gas prices is down 73% from August’s record highs of over €350 ($345)/MWh, falling sharply as warmer-than-expected weather has persisted in Europe, winter storage of LNG supplies has increased tremendously, and gas storage levels have recovered and risen, explained Luke Oliver, managing director, head of climate investments, and head of strategy of KraneShares, on the Climate Market Now blog.

“A massive increase in purchases of LNG, together with pan-EU measures to cut demand, have helped the bloc rebuild storage to around 93% of capacity by mid-October,” Oliver wrote. “The Breugel think-tank estimates the EU has cut gas demand by about 7% this year, compared with the average between 2019 and 2021.”

Other changes have included expediting plans to improve the energy grid in the EU, gas pipeline upgrades between France and Spain, and Germany working to build out a fleet of floating LNG terminals off of its coastline. On the flip side, there has been increased short-term reliance once more on coal, with many coal plants being brought back online.

“The return of coal generation in Europe has supported EU Allowance prices. EUAs dropped from €95 to as low as €55 in the week after the invasion of Ukraine began, before recovering to reach a new all-time high of €99.22 on August 19,” Oliver explained.

Since then, prices have leveled out to around €65 only to begin climbing once again last week and currently reside close to €80, largely in anticipation of winter and the energy demands the cold brings.

The resolution of concerns around the REPowerEU plan to sell additional allowances from the Market Stability Reserve (MSR) to raise money for the energy transition and ongoing energy crisis has brought underlying support for the EU carbon markets once more.

“The European Parliament has amended the proposal to specify that there should be no new EUAs injected into the market and that the funding should be raised by simply bringing forward auction volumes already scheduled for sale in later years,” explained Oliver.

The fund’s benchmark is the IHS Markit Carbon EUA Index, an index that tracks the most-traded EUA futures contracts, a market that is the oldest and most liquid for carbon allowances. The market currently offers coverage for roughly 40% of all emissions from the EU, including 27 member states and Norway, Iceland, and Liechtenstein. The annual cap reduction was recently increased from 2.2% to 4.2% to meet long-term carbon emission targets.

As the fund is actively managed, it may invest in carbon credit futures with different maturity dates or weight futures differently from the index.