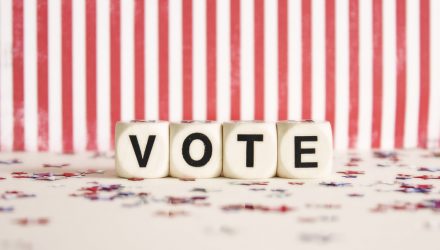 Shareholders have the power to influence the largest companies in the world on issues ranging from directors and disclosures to climate targets and human rights. For the most part, shareholder power is concentrated in a few large asset owners. However, technology is helping facilitate pass-through voting, and policies like the Index Act are changing how investors think about voting.

In the Future Proof panel Get Out and Vote: Proxy Panel, Tumelo CEO Georgia Stewart, SuperScript Marketing Owner/CEO Anna Wolf, and Engine No. 1’s Head of ETFs Yasmin Dahya Bilger discussed the opportunities available in shareholder voting and how it can both a tool of transformation and an opportunity for advisors to engage with their clients.

“The number of conversations you are going to be having with clients about proxy voting is going to go up,” moderator Wolf said. Wolf sees this as an opportunity to better a relationship with clients.

Every year, publicly listed companies must have an annual general meeting where shareholders can vote on any issues raised. Shareholder proposals are becoming more common as well. Bilger said, “I hate the word proxy voting, it makes everyone’s eyes glaze over,” indicating a disconnect between the importance of proxy voting and the way it is historically presented.

Bilger discussed Engine No. 1’s success with Exxon. “We launched an activist campaign where we nominated four people to the board of directors to Exxon Mobile. We did that only owning two basis points.” Engine No. 1 drove transformational change in one of the most notorious energy companies with just two basis points and an argument based on shareholder value. “Our campaign made the case for active ownership,” she said.

Shareholders are starting to see the power they can wield. Stewart said, “what we are doing is allowing clients who are invested in funds to have a voice in issues they care about.” She observed that value statements could be economic statements, noting that more diverse companies tend to perform better than less diverse ones.

“The average S&P 500 fund for the last five years has voted against 80% of environmental proposals,” Bilger noted, but she sees this as due to the fact that a majority of shareholders don’t even know these votes are occurring. Voter turnout is often low. She thinks advisors can play a critical part in changing that. “Historically, why it’s not been top of mind is that there’s just a lack of awareness.”

One of the major byproducts of the Exxon campaign has been increased awareness that voting occurs, increasing possibilities. Stewart sees proxy voting conversations as allowing advisors to connect with their clients and make the relationship stickier. Bilger said shareholder proposals are up 20%.

Asked by Wolf what issues have led the way, Bilger sees climate as leading the way, but a wide array of problems are being put forward. “The spectrum of what shareholders are asking companies have widened,” she said.

Stewart noted her platform essentially has younger shareholders on it, numbering about 60% between ages 24 and 36, but there are still a healthy number of older investors as well. Stewart said, “the keyword is engagement.”

The ability to have an impact is appealing to many investors. Bilger noted, “I think it’s empowering to think you actually have choice now.” Engine No. 1 has a unique ETF centered around passive investing and active ownership. The Engine No. 1 Transform 500 ETF (VOTE) values total transparency, posting their votes and engaging in dialogue about why they have voted the way they have.