You are at:Home»Climate Insights Channel»Ford Beats Out Tesla as Top EV, KARS Invests in Both 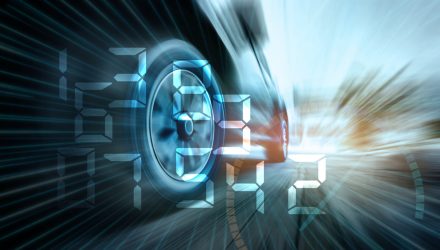 Ford Beats Out Tesla as Top EV, KARS Invests in Both

The Mustang Mach-E from Ford has surpassed Tesla’s Model 3 as the top electric vehicle (EV) for Consumer Reports in 2022. Aside from its popularity, data released regarding the reliability of the Mach-E helped push the car into the top spot, knocking the incumbent Tesla Model 3 down, reports CNBC.

This brings further validation to Ford CEO Jim Farley’s ambitions of outcompeting Tesla eventually within the EV space. The Mach-E so far has logged very few issues, and that, in combination with owner reviews as well as testing done by Consumer Reports, prompted its ascension into the number one spot.

“Not only is it a really fun vehicle to drive, it is sporty, but it is also extremely mature,” Jake Fisher, senior director of automotive testing at Consumer Reports, told CNBC. “When I say that it rides nice, it is very quiet. I mean it really feels well built.”

The Model 3 is still recommended by the nonprofit organization, but the Mach-E simply outcompeted the smaller vehicle in several areas, including hands-free driving and driver alerts for distraction. It was a more competitive field this year as Fisher asserted the dramatic increase in quality and offerings from car makers continued to grow.

For investors looking to capture the performance of companies such as Ford and Tesla as well as major EV producers globally, the KraneShares Electric Vehicles and Future Mobility ETF (NYSE: KARS) offers a good solution.