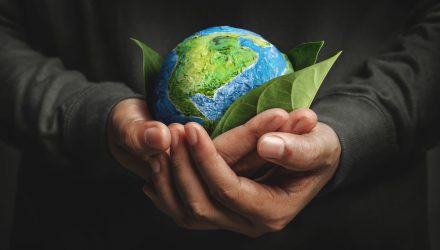 The recently passed Inflation Reduction Act is, in dollar terms, the most substantial climate legislation passed in the U.S., and while that means there are abundant domestic opportunities available to U.S. investors, thinking about the bill on a global basis could also pay off.

“The Climate Bill provides substantial incentive for green hydrogen development in the form of both investment and production tax credits.  The $3/kg production tax credit (PTC) is large enough that renewable based hydrogen should be immediately competitive in some US regions with fossil-based ‘grey hydrogen’ production,” noted KraneShares portfolio manager Roger Mortimer.

KGHG is actively managed — a relevant trait when evaluating renewable and clean tech ETFs. For example, active management gives KGHG the flexibility needed to swiftly capitalize on new green energy and climate-related opportunities, such as those presented by the Inflation Reduction Act.

KGHG, which debuted in March, holds multiple names that could benefit from the Inflation Reduction Act. On the green hydrogen front, those include New Fortress Energy and Plug Power.

“The two companies have entered into an agreement to build an industrial scale green hydrogen plant in Texas. Initially sized at 120 MW, it will be scalable to 500 MW. New Fortress is an energy infrastructure company focused on LNG, and this project is its first major commitment in green hydrogen. Plug is a specialized hydrogen technology company with integrated expertise across electrolysis, fuel cells and storage. We believe that the landmark Climate Bill will provide for the rapid development of green hydrogen infrastructure in the United States,” added Mortimer.

Overall, KGHG’s focus is on identifying companies that are displaying leadership in carbon reduction services and technologies — two attractive long-term growth arenas. Many investors may not know it, but some old guard companies are part of this equation, and KGHG taps into that theme as well.

“A targeted strategy of investing in these companies, where management is committed to the energy transition, offers, in our opinion, the potential not only for significant environmental impact but also for superior growth and revaluation among the leading participants,” concluded Mortimer.