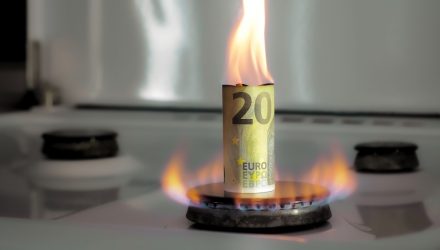 Russia has begun to make good on threats to squeeze oil and natural gas supply to Europe, cutting off the natural gas supply to Bulgaria and Poland last week. It has left the EU, already experiencing soaring energy costs in many parts, further pressured to find rapid replacements for natural gas in particular. The EU currently imports 40% of its supply from Russia, reports CNBC.

The Russian state-owned energy company Gazprom ceased natural gas supply to Poland and Bulgaria when the two countries refused to pay in rubles, a stipulation put in place by President Putin as western countries rallied to support Ukraine. In response, on Wednesday the European Commission President Ursula von der Leyen accused the Kremlin of blackmailing the EU.

“It contributes to opening the eyes of those who were still thinking Russia would not use gas as a leverage,” says one EU official on conditions of anonymity.

The Kremlin has issued statements that it would continue to cut oil and gas supplies to countries that refuse to pay in rubles. Many EU countries are scrambling to find alternative sources of energy — to acquiesce and pay in rubles would be breaking current EU sanctions.

“Russia’s move to halt gas flows to Poland followed Berlin’s decision — under intense political pressure — to supply Ukraine with air-defense weaponry. The implied threat is that Russia will cut off Germany’s gas supplies if Berlin continues to ship arms to Ukraine,” writes analysts at Gavekal, a financial research firm, in a note last week.

In the meantime, the U.S. has committed to sending the EU a minimum of 15 billion cubic meters of liquified natural gas this year. Several countries are paying in euros to Gazprombank, which is then converting it to rubles, technically in line with sanctions.

“Russian gas that’s a different — a much bigger challenge and that is really because large part[s]of industries are dependent on gas as their base commodity to make their product … so that’s what could cause the second order effect specifically in the European economy,” says Ralph Hamers, CEO of UBS, in an interview with CNBC.

Carbon Prices on the Rise in Europe

European Union Allowances future prices have been on the rise since April 27, with Russia’s supply cessation to the two EU countries, rising from 81.01 euros to 84.45 euros on Friday, April 29. Expectations of a greater need for gas and natural gas mean increased emissions. An environment that has growing emissions typically means rising carbon allowance costs as more companies require allowance offsets.

The fund’s benchmark is the IHS Markit Carbon EUA Index, an index that tracks the most-traded EUA futures contracts, which is the oldest and most liquid market for carbon allowances. The market currently offers coverage for roughly 40% of all emissions from the EU, including 27 member states and Norway, Iceland, and Liechtenstein. The annual cap reduction was recently increased from 2.2% to 4.2% to meet long-term carbon emission targets.