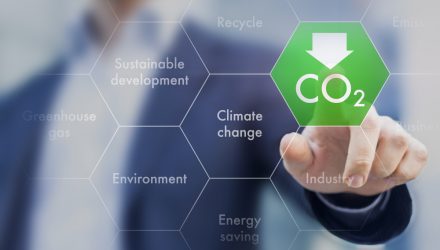 A Guide to Global Carbon Markets for July

Diversification remains a big driver for advisors and investors when it comes to portfolios in the challenging environment of this year. Investing in the carbon markets around the world through the full suite of ETF options offered by KraneShares provides a diversification opportunity that has the potential to profit as emissions regulations tighten globally over time.

The European Union is still back at the drawing board on how to structure its Emissions Trading System (ETS) after the broader climate reform package, “Fit for 55,” was tabled in mid-June over disagreements on the EU ETS reform. The Council of the European Union last week came to a unified agreement that was aligned with the Commission’s recommendation of a 61% emissions reduction goal for 2030 as compared to 1990 levels. 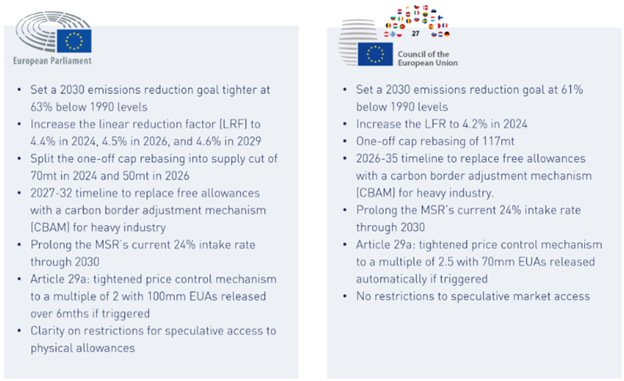 In their Climate Market Now blog, KraneShares outlined the two differences between the European Parliament’s proposed changes and the Council’s. The Council also agreed to reduce the size of the Social Climate Fund from €72 billion between 2025-2032 to €59 billion between 2027-2032.

“The fund will see contributions from auctions under the new ETS2 for buildings and transport, and its investments are designed to benefit vulnerable households, micro-enterprises, or transport users,” KraneShares explained in the blog post.

The two proposals have different approaches to handling the release of allowances should prices reach a certain threshold, but both seek to lower the current 3x the average price threshold. The Council and Parliament will meet as early as this month to begin negotiations on reaching a climate package that both sides find satisfactory.

“It’s hard to predict what kind of compromise the two legislative bodies will arrive at though considering the opposition faced at Parliament’s hearings, coming to a mutual agreement may not be an easy task. However, at either end of the spectrum, there is a solid slate of tightening measures for the market,” KraneShares explained.

Carbon Markets Within the U.S.

The California markets have become more correlated to the macroeconomic sentiment in the U.S. Currently, equities have fallen more than 8% over the last month, with California Carbon Allowances (CCA) falling more than 10% in the same period after hitting highs at the beginning of June of $33.28/ton.

California’s Air Resource Board met in June to discuss its five-yearly Scoping Plan that lays out the state’s climate plans and actions through 2030. It was a divided meeting, with business owners voicing their dislike of the plan’s cost and climate activists pushing the Board to tighten even further in the belief that the Scoping Plan wasn’t aggressive enough.

“Many critics felt that the Plan relied too heavily on the cap-and-trade market and on carbon capture technologies that are yet to expand to a commercial scale,” KraneShares wrote.

Meanwhile, in the Regional Greenhouse Gas Initiative (RGGI) in the Northeast, allowance prices have been holding steady around $14/short ton while market participants continue to await rulings within Pennsylvania and Virginia as to their inclusion within the Initiative. Pennsylvania has placed a cap on its power sector that went into effect July 1, making it eligible for inclusion within RGGI but it awaits a court decision on its inclusion, while Virginia’s governor is anticipated to put legislation into effect that would see the state leave RGGI in the third quarter.