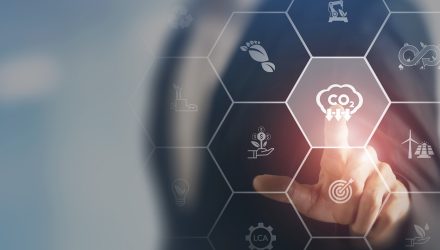 A Guide to Global Carbon Markets for August

As the summer begins to draw to a close, there has been a flurry of activity happening across global carbon markets as their constituents grapple with inflation, an energy crisis, legal challenges, and more. KraneShares gave a recap recently on the activity happening in each major carbon allowances cap-and-trade program as well as the voluntary carbon markets in their Climate Market Now blog.

The EU and U.K. Carbon Markets

It was another rocky month for Europe’s energy crisis, with Russia throttling natural gas supply down to just 30% through the Nord Stream 1 pipeline before further reducing it to 20% of normal volumes. European Union Allowance prices dropped at the news but have since leveled out and are on the rise again. The year-to-date average for EUAs is €83, and when prices fell, they dropped to around €76 and have since climbed back up to their average as of August 3.

In the U.K., allowance prices had fallen ahead of the biweekly Wednesday auctions, a standard trend for the U.K. market as those participating seek to buy for less than the current market trend price.

“In the mid-term UKAs may find endogenous support from the country’s energy mix which is already heavily gas-based thanks to the country’s North Sea reserves. The country also imports a significant volume of LNG to its three terminals, which is why UKA prices are likely to be resilient in the coming weeks and months,” KraneShares explained.

The last week of July brought the highest trading volume for the California market since early March, with over 44 million CCAs trading on ICE Futures. The demand was attributed to futures prices dipping below the average settlement price over the last three auctions: a major compliance strategy that companies use is to buy up allowances in the secondary market when they fall beneath the floor price.

California’s governor has also pushed the California Air Resources Board, a board that falls within the umbrella of the California EPA and whose focus is on clear air and to tighten requirements for its 2022 Scoping Plan on emissions reductions that would create upward price pressures for CCAs. Governor Newsom asked the board to emphasize action on domestic heat pumps, offshore wind, sustainable aviation fuels, and carbon capture.

The Regional Greenhouse Gas Initiative has had volatility in its prices as uncertainty continues around state participation in the program. Following recent drops in RGA prices, there has been a leveling off as participants kept up with the battle Pennsylvania is embroiled in at the state level as it attempts to join RGGA. The most recent development is that the Commonwealth Court of Pennsylvania reversed a decision that had previously lifted the injunction preventing the state from joining RGGA, meaning the state will likely not be joining in the third quarter as the issue now sits before the state’s Supreme Court.

The Voluntary Carbon Market is in the process of creating a framework for itself that would address and ensure integrity throughout the supply of carbon offsets being generated by a wide range of projects globally. The Integrity Council for Voluntary Carbon Market (IC-VCM) has kicked off the public consultation portion for its drafts of Core Carbon Principles, Assessment Framework, and Assessment Procedure.

The Core Carbon Principles, with enough market support, will create a long-needed benchmark for carbon offsets, ensuring a level of quality that would build trust in the markets and ultimately drive prices higher for voluntary offsets. Despite the announcement by the IC-VCM, voluntary market prices continue to be pressured by recession risk concerns as well as persistent inflation worries.

“The mid-long-term outlook for offsets is still positive as an increasing number of integrity initiatives are being drafted and a growing number of companies and countries are committing to achieve net zero by 2050, many of them planning to use offsets to hit their goals,” KraneShares wrote.

Investing in the Carbon Markets with KraneShares