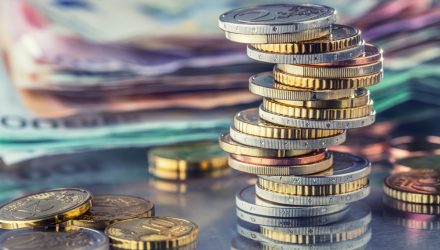 A Guide to Global Carbon Inequity and Poverty

Extreme poverty continues to afflict many countries globally, with the division in wealth only growing greater. In a global economy driven by consumption, some of the poorest countries end up significant carbon emissions producers as they manufacture goods for consumers elsewhere, something that needs to be taken into account when working to alleviate poverty.

A recent study by Nature Sustainability takes a unique approach and traces the carbon emissions back to the sources utilizing them instead of linking them to a population that is producing but not consuming, as happens in many of the poorer and poverty-stricken regions of the world.

The findings highlight the vast carbon inequality occurring worldwide, with the bottom economic half of the global population’s consumption only driving 10% of carbon emissions globally. On the other side of that equation, the wealthiest 10% of the world’s population are contributing to nearly half of all carbon emissions.

“Quantifying carbon footprints of people in poverty, which are largely below 1 tCO2, revealed that their per capita contribution to both national and global emissions was remarkably low. To put these results into perspective, the total emissions of the top 1% were in fact bigger than those of the bottom 50%, or those of people living in poverty,” write the authors. 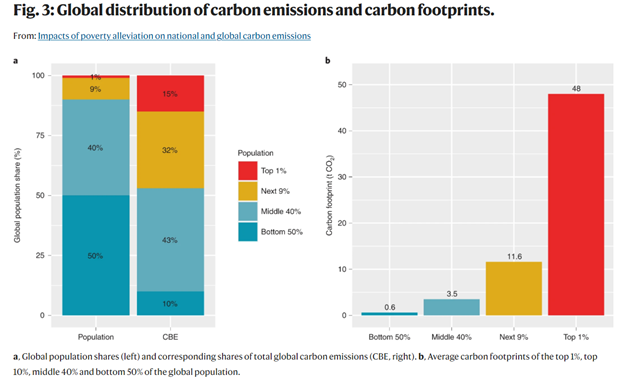 The study also runs through multiple scenarios in predicting carbon emission increases that would occur by lifting those living in extreme poverty up. Its general finding was that carbon emissions could be limited to small increases, but that the wealthiest countries and contributors would need to scale back their emissions to do so.

“As some carbon budget allocation approaches indicate a negative future budget for regions such as the United States and the European Union , financial transfers from high-income regions to sub-Saharan Africa in exchange for carbon mitigation or reduced increases could be beneficial for all involved parties,” the authors write.