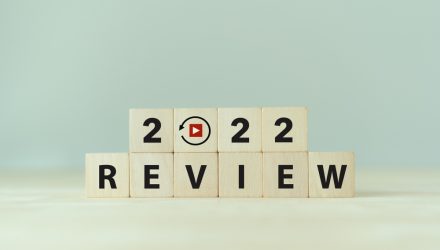 Countries around the world are beginning to ramp up carbon emission reduction regulations, providing a strong opportunity for carbon allowances investing in the coming years as cap-and-trade markets tighten to meet net-zero emissions goals by 2050. In the challenging environment of 2022, advisors and investors moved away from broad diversification within the carbon allowances global market and instead opted for more targeted exposure to specific markets.

Carbon allowances have become an increasingly attractive option for diversification with advisors in a year of market hardships. An October poll of financial advisors by VettaFi found that 42.9% of respondents believed the diversification potentials of carbon allowances to be their most attractive quality for portfolios, followed by 22.4% reporting the alpha potential was most attractive.

There is potential positive regulatory support on the horizon for both the California market and the European market. In California, the Air Resources Board is finalizing the 2030 Scoping Plan that reduces emissions cuts to net zero by 2045 for the state, and amendments are anticipated in the coming months to tighten the cap-and-trade market cap to align with the new targets.

On the European front, the RePowerEU plan that includes potential amendments to how auctioning of allowances will be handled to fund the energy transition away from Russia and towards renewables is expected to be settled by the end of the month. The resolution should bring further support for the market in the form of an increased transition to renewables and greater pressure on participating countries to reduce emissions after an increase in temporary coal reliance.

Investing in Carbon Allowances With KraneShares

The KraneShares European Carbon Allowance ETF (KEUA) offers targeted exposure to the EU carbon allowances market and is benchmarked to the IHS Markit Carbon EUA Index, an index that tracks the most-traded EUA futures contracts, a market that is the oldest and most liquid for carbon allowances. The market currently offers coverage for roughly 40% of all emissions from the EU, including 27 member states and Norway, Iceland, and Liechtenstein.